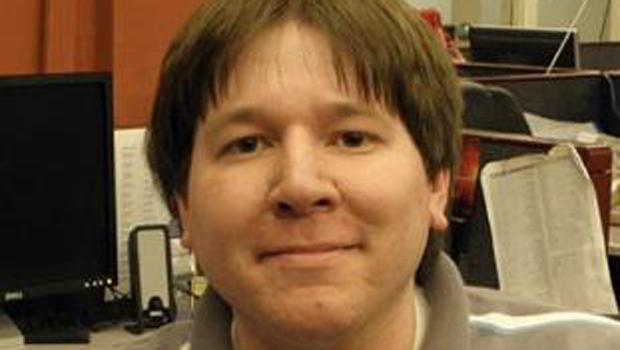 SACRAMENTO, Calif. A social media editor who has worked for two of America's largest news-gathering organizations has pleaded not guilty to charges that he conspired with hackers to deface the website of the Los Angeles Times.

Matthew Keys made his first appearance in federal court Tuesday since he was charged last month, but made no comments.

Before the hearing, his attorney, Jay Leiderman, said Keys "didn't do the acts he's accused of doing."

Keys, who is 26, is charged with giving the hacking group Anonymous the login credentials to the computer system of The Tribune Co., which owns the Times.

He was fired by a Sacramento television station owned by Tribune two months before the Times' website was hacked. On Monday, Keys said he has been fired by his most recent employer, the Reuters news service.

Keys said his firing was unrelated to the federal investigation.

"Just got off the phone. Reuters has fired me, effective today. Our union will be filing a grievance. More soon," he tweeted.

In an interview with Politico, Keys said Reuters cited his coverage of the Boston marathon bombings as a reason for the termination. Keys was criticized for tweeting information about the investigation into the attack as it came in on a police scanner. He defended his actions in a Facebook post, saying he stopped tweeting facts from the scanner as soon as he realized the Boston police had asking journalists to do so.