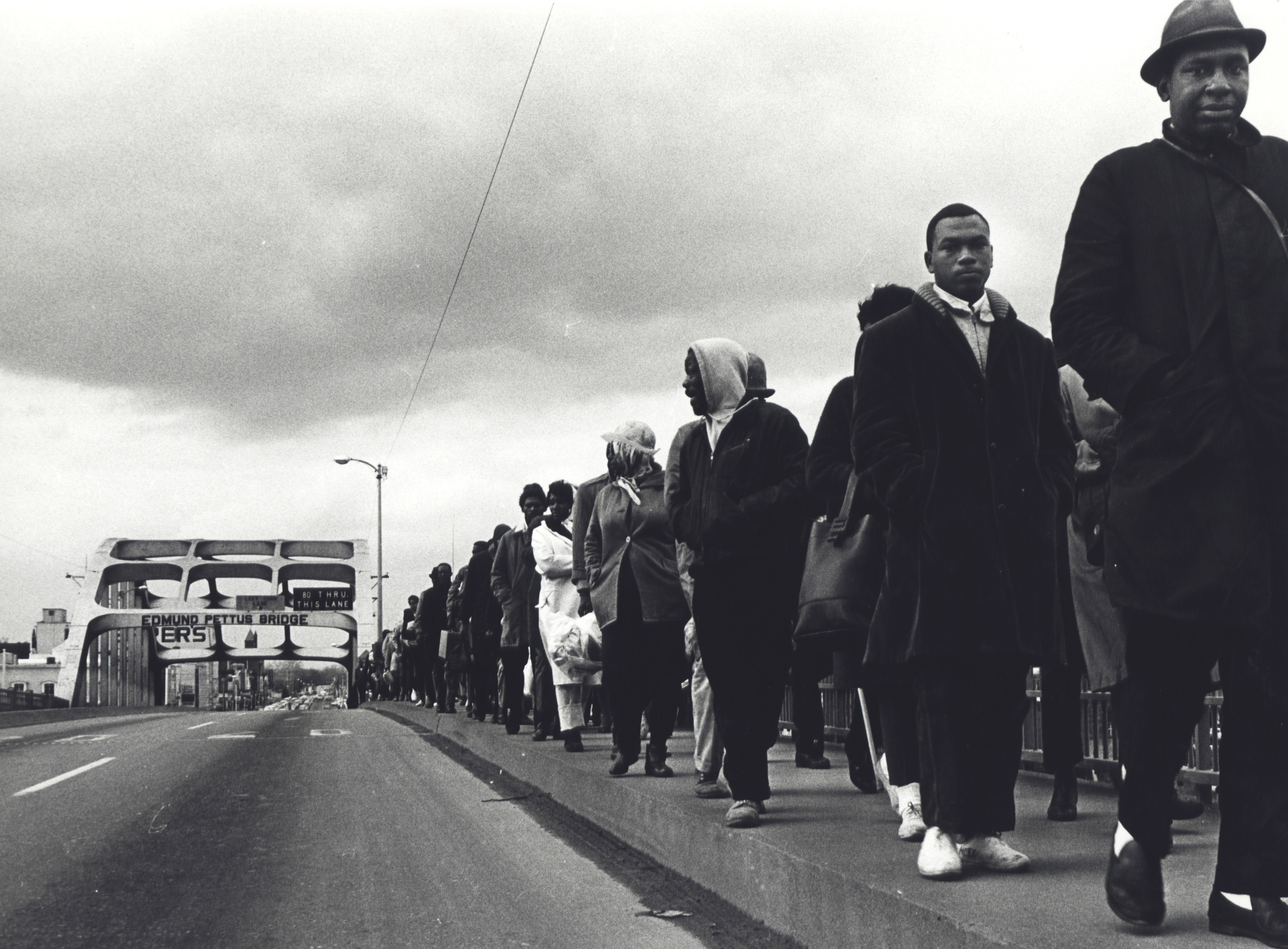 As part of CBS News' coverage marking the 50th anniversary of the civil rights march in Selma, CBSN will be airing an encore presentation of the hour-long special "The Road to Civil Rights," anchored by Bill Whitaker and featuring new and archival footage from the CBS News library, Saturday at 11 a.m. and 8 p.m. and Sunday at 11 a.m., all times Eastern.

SELMA, Ala. -- Fifty years ago, the right to vote didn't apply to black citizens in places like Selma, and efforts to change that were resisted -- sometimes violently.

The attack on demonstrators that became known as "Bloody Sunday" shocked the nation. The memory is vivid for Sister Madeline Dorsey, now 96 years old, a Catholic nun who came face-to-face with police that day.

"I have never -- before or since -- seen hate in the eyes like I saw that day, or the whole time we were there," Dorsey said.

How did that make her feel?

"Sad... that anyone could hate his brother," she said.

The march from Selma to Montgomery went forward two weeks later, joined by thousands of volunteers and led by Dr. Martin Luther King. I was there for CBS News.

A few months after "Bloody Sunday," Congress passed the Voting Rights Act of 1965, and blacks did begin to vote and hold office.

But in 2013, a Supreme Court decision rolled back a major part of the law. States with a history of discrimination no longer have to clear voting law changes with the Department of Justice.

"We're much better off now than we were, but we're constantly losing ground," said Andrew Young, then a lieutenant of Dr. King, later a member of Congress and U.N. Ambassador.

"Changing precincts, purging voter lists, those kinds of things are still happening," Young said. "We still don't have the unfettered right to vote."

Fifty years after blood was shed in Selma for the right to vote, the problem isn't just that officials can still make it difficult.

The fact is, many people just don't bother to vote.

An official tells CBS News that only about a third of Alabama's Dallas County -- black or white -- goes to the polls.

Customers step up to save beloved general store
Bill Plante