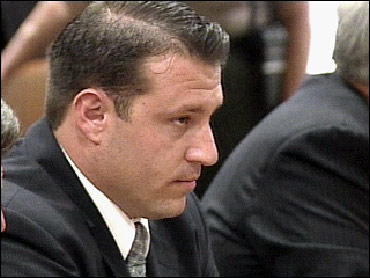 Prosecutors said Wednesday they will seek a retrial in the case of a white former police officer who was videotaped punching and slamming a handcuffed black teenager onto a squad car.

Los Angeles County District Attorney Steve Cooley said he would ask the judge to schedule a new trial within 60 days. A jury in the first trial deadlocked Tuesday on whether Jeremy Morse was guilty, and a judge declared a mistrial.

"It is important for the community that this case be resolved," Cooley said.

A judge had scheduled the next court hearing for Sept. 22, and said any retrial would begin Sept. 29. Cooley said he would ask for earlier dates.

Morse's attorney, John Barnett, said he would ask the judge to dismiss the charge against his client.

"I think it's unfortunate that's their position, but he (Cooley) has his responsibilities and I am sure he evaluated and determined that was an appropriate action," Barnett said.

The jury acquitted Morse's partner, Bijan Darvish, who had been charged with filing a false police report.

The issue of race was never mentioned at trial, but the image of a white officer battering a black youth made national headlines and sparked angry protests in the heavily minority city of Inglewood, about 10 miles south of downtown Los Angeles.

CBS News Correspondent Manuel Gallegus reports that before the verdict was released, as a precaution L.A. police were put on a city-wide tactical alert, putting more officers on the street in case of trouble. Police reported no problems after Morse's trial.

Prosecutors had described Morse as an "out-of-control officer" during the two-week trial, but Barnett argued Morse was doing his job and had only seconds to decide how much force to use against a potentially dangerous subject.