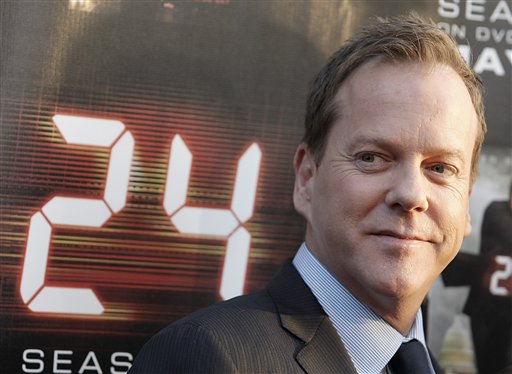 Federal Reserve Chairman Alan Greenspan told a conference on retirement Thursday that he could see no "viable political scenario" that would allow Congress to cut Social Security benefits if the trust accounts that fund the giant benefit program were depleted.

President Bush later used the same venue, the National Summit on Retirement Savings, sponsored by the Labor Department, to press his proposal to allow current-day workers to divert some of their Social Security taxes into personal retirement accounts.

"Because there will be an expanding number of retirees for Social Security to support in the future, we must apply the power of savings, investing and compound interest to the challenges of Social Security," the president said.

Greenspan, who headed a Social Security commission that was influential in reforming the program in the early 1980s, said current law calls for benefits to be reduced to a level that could be financed only out of the program's current receipts if the Social Security trust fund were exhausted.

But he said, "I cannot imagine a viable political scenario in which full payment of benefits will not be forthcoming."

Greenspan asked, "Does anyone doubt that Congress would prevent benefits from being curtailed if the trust fund were depleted?"

The issue bubbled up after House Majority Leader Richard Armey, R-Texas, told fellow Republicans in a memo earlier this month that they should boldly take on Social Security reform during the election year.

Private account backers hope Bush can use the enormous public popularity he gained in the war against terrorism after the Sept. 11 attacks on New York and Washington to build support for his Social Security private accounts.

But in an effort to address retirees' concerns about their Social Security benefits, Armey and other House Republicans want the government to issue certificates to Social Security recipients saying their benefit will be guaranteed. Republicans accuse Democrats of demagoguing the issue to help them in the November congressional elections.

Democrats say the guarantee certificate is little more than a political gimmick designed to inoculate Republicans against criticism that privatization would lead to deep benefit cuts and that Bush's tax cut is forcing the government to tap Social Security surplus revenues to pay for other programs.

"It's irrelevant, it's nonsense, it's actually meaningless, Social Security should be treated much more seriously," said Rep. Robert Matsui, D-Calif., the top Democrat on the Ways and Means Social Security subcommittee.

Bush told the conference that someone retiring today after 45 years of work could expect a monthly Social Security benefit of $1,128. If that same worker's Social Security taxes had been invested in the stock market during his or her 45 years on the job, that monthly benefit would more than triple.

"We can do better and a lot of people know this," Bush said.

Labor Secretary Elaine Chao told the conference that Americans will need to relearn how to save for the future in a changing world with rising life expectancies, new technology and shifting demographics and lifestyles.

"Americans have an instinct for saving," Chao said. "What is different these days, I suggest, is not the American will, but the retirement landscape — a landscape that has been transformed during our lifetimes by what sometimes feels like an earthquake of change."

The summit is the second of three mandated by Congress in 1997 to develop policy and programs that encourage Americans to save for retirement. President Bush was also scheduled to address the gathering.

Americans' propensity to consume dropped the personal savings rate to an all-time low of 0.1 percent in 2000. The recent collapse of Enron that caused thousands of workers to lose their life savings also has renewed interest on Capitol Hill in retirement issues.

Americans have changed, and so should the way they save and plan for retirement, Chao said. For Americans born today, the average life expectancy is age 77 and rising. That's more than a decade longer than babies of their grandparents' generation were expected to live.

People once worked a lifetime for one employer. But today's 32-year-olds already have worked for an average of nine different companies, Chao said.

Innovation in the financial world also has generated new investment vehicles, such as mutual funds and defined contribution plans, or 401(k)s, she said.

Challenges include getting out the message to Americans about the importance of retirement savings, even in the world of a cluttered, media-oriented information age. And that message must be crafted for different generations, Chao said. And Americans must have access to good advice.