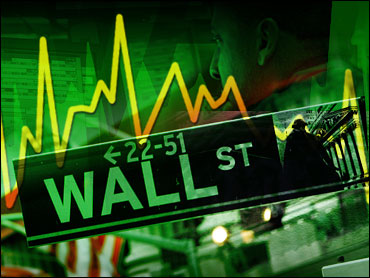 The effects of the current economic crisis have touched everyone. Even if you still have a good job and a paid up mortgage, chances are your monthly 401(k) statement will remind you that you've lost a good chunk of your savings.

Trillions of dollars have evaporated from those accounts that have become the prime source of retirement funds for a majority of American workers, affecting their psyche and their future. If you are still young enough, there's time to rebuild and recover, but if you are in your 50s, 60s or beyond the consequences can be dire, and its drawing attention to the shortcomings of a retirement system that has jeopardized the financial security of tens of millions of people.

It was a gray, chilly morning in midtown Manhattan and a line of unemployed, mostly white-collar workers, stretched for blocks around the Radisson Hotel. More than 1,000 middle managers, stockbrokers, consultants, secretaries and receptionists had come hoping to find a job.

It was called a career fair, but there was no merriment - only a whiff of desperation.

Many of the people at the career fair have been out of work for months and burned through their liquid assets; their future, even bleaker than the present.

Alan Weir, who turns 60 this month, showed 60 Minutes his latest 401(k) statement, which he hadn't had the courage to open up.

There's good reason for his trepidation: nearly half of his life savings have vanished in a matter of months.

"It went down again," Weir told Kroft, after opening the statement.

Asked if he thought he'd ever get that money back, Weir said. "I probably never see it come back. I was looking to retire, probably, when I hit 62. Can't do it now. I'll probably be working until I'm at least 70."

Until she lost her job, Kathleen Coleman had spent nearly 30 years working as an executive assistant on Wall Street. She doesn't have much to show for it.

Coleman is 54 years old and lives alone. "I don't have any children. I've been a career girl all my life. And it's been a great career, and I don't deserve this," she said.

Asked if there had been some "nibbles" - potential job opportunities - she told Kroft, "All the nibbles I've had I get beat out by top models who can type. I have experience and dedication and loyalty, and I can make any boss shine. I can, if you're out there, I'll relocate anywhere for you."

"Psychologically, what does this piece of paper do to you?" Kroft asked.

The saddest part of this story is that it is being repeated all over the country. In eastern Pennsylvania, 59-year-old Iris Hontz lost her accounting job and half of her 401(k) investments. She's now back in the workforce as a part-time cashier in a grocery store.

In Dearborn, Mich., Terry and Donna McNally are barely holding on; he lost his sales job in August. The condo they bought 15 years ago is worth less than their mortgage, and 40 percent of his 401(k) retirement savings is gone. Donna is the main provider now, running a daycare center out of their home.

Terry considers himself fortunate to have found part-time work greeting the bereaved at a funeral home and making lattes at Starbucks, where colleagues young enough to be his grandchildren have taken him under their wing.

Asked what the hardest part is, Terry McNally told Kroft, "I'm no longer sitting at a computer or driving in a car to a call. You know, suddenly I'm standing for four to six hours and greeting people or makin' drinks or tryin' to learn the process and the food business thing, which is very difficult."

"The 401(k) drop was tremendous, is tremendous at this point in time. And that's where the savings was, you know. That's our hurt right now," Terry McNally explained.

"We can't live our vision of our dream of retirement. That's the worst part. Many people can't," Donna McNally said.

That dream, Donna McNally told Kroft, was to have a log cabin in northern Michigan and live a nice quiet life. "And we can't do that," she said.

Neither one of them thought that they might be able to retire. "Can no longer see that day," Terry McNally said.

What kind of a retirement plan allows millions of people to lose 30 to 50 percent of their life savings just as they near retirement?

David Wray, president of the Profit Sharing/401k Council of America and a lobbyist for the 401(k) industry, says it's one that empowers people to make their own investment decisions.

"401(k) is the absolute best way people can save for retirement," Wray told Kroft. "They absolutely are the best retirement vehicle we have."

"How can you say it's the best available if it has let down tens of millions of people at the time they need the money the most?" Kroft asked.

"That's not a 401(k) problem. That is our entire investment system," Wray argued. "This is about the markets went down for everybody. Nobody was saved in the current thunderstorm."

Wray says that many people still have more money in their 401(k)s than they've actually contributed. He says everyone had multiple investment options, including low-yield guaranteed returns. And he thinks people who lost money have no one to blame but themselves.

"In America, it's a society based on freedom and choice and personal responsibility," he said. "We need to help them understand these responsibilities and execute them to the best they can. 401(k) is part of that. There are no guarantees."

"What about the people who are 63 or 64?" Kroft asked. "A lot of those people were thinking about retiring. …And now they aren't."

"A lot of them were retired and have to go back into the workforce," Kroft added.

" Well, that was not a 401(k) problem. That's an investment system problem. The markets go up and down. And if those people chose to take equity risk, there was a logical outcome," Wray replied.

But, in fact the 401(k) plans that have become the primary source of retirement income for 60 million Americans were never designed to be retirement plans in the first place. They were created in the late 1970's as a savings plan and tax shelter for ordinary Americans.

The idea was that workers would make voluntary contributions and employers would match a portion of them. The taxes would be deferred until the employee reached the age of 59 and a half.

It was supposed to supplement the two traditional income streams for retirees - Social Security and pensions. One leg of a three legged stool that would support American workers into their golden years. But it didn't turn out that way.

"The three-legged stool, if you will, has gone to two legs and it's wobbly. And it's wobbling, and I'm not sure that it's gonna support anything. And that's the scary part and people are afraid," Brooks Hamilton, who has helped design retirement plans for some of the country's largest corporations, told Kroft.

Hamilton says 401(k)s turned out to be so much cheaper than funding pensions, that many companies decided to freeze their pension plans and replace them with 401(k)s. The decision created millions of new employee investors for Wall Street and the financial community. And they pounced on the opportunity.

"If you go back and track the mutual fund growth and assets, and you track the growth in 401(k) plans, it looks like a railroad track leading to the sky. They are parallel tracks," he told Kroft.

The big beneficiaries were the mutual funds, Hamilton said.

When employers began turning 401(k)s into retirement plans, the financial community was not shy about promoting them as such. The prospect of trillions of dollars in the hands of unsophisticated investors opened the door for all sorts of potential abuses.

"The fact is that the typical 401(k) investor is a financial novice. They don't know a stock from a bond. And we give 'em a list of 20 or 30 mutual funds with really, really powerful names, you know, they sound like, 'Gee, that's where I want to have my money,'" Hamilton said,

"What are the, generally, the quality of the mutual funds in 401(k) plans?" Kroft asked.

"Mediocre," Hamilton replied. "I'm being real honest with you, with half the funds on the list really dogs, what people would characterize as dogs shouldn't be on the list to start with."

"There clearly has been a raid on these funds by the people of Wall Street. And it's cost the savers and the future retirees a lot of money that would otherwise be in their account, independent of the financial collapse," Rep. George Miller [D-CA] said.

Congressman Miller is chairman of the House Committee on Education and Labor, and a staunch critic of the 401(k) industry, especially its practice of deducting more than a dozen undisclosed fees from its clients' 401(k) accounts.

"Now you got a bunch of economic wizards jumping in and taking money out of your retirement plan, and they don't wanna tell you how much, you can't decipher it in simple English, and they're not interested in disclosing it, or having any transparency about it," Miller told Kroft.

"And most of the people that look at their 401(k)s have no idea that these fees are being taken out?" Kroft asked.

There are legal fees, trustee fees, transactional fees, stewardship fees, bookkeeping fees, finder's fees. The list goes on and on.

Miller's committee has heard testimony that they can eat up half the income in some 401(k) plans over a 30-year span. But he has not been able to stop it.

"We tried to just put in some disclosure and transparency in these fees. And we felt the full fury of that financial lobby," he said.

David Wray, a lobbyist for the 401(k) industry, says he favors disclosing the fees, but his partners in the financial industry don't.

Asked if he thinks most people know these fees exist, Wray said, "I think they know that there are fees. They don't know exactly how large they are."

"Why do you think the financial services industry is opposed to fee transparency?" Kroft asked.

"I don't know that they're opposed to it. I think the issue is that…," Wray replied.

"I think they want to keep the systems as simple and not make changes. They like the way things are. And whenever you push people out of their comfort zones, you know, it's an issue," Wray replied.

"I mean, they're comfortable with the situation because they're making a ton of money or they have made a ton of money," Kroft said.

"Well, and their systems are set up in certain ways. You know, this is gonna be a big change," Wray replied.

60 Minutes wanted to ask Wray, who's been so bullish on 401(k) plans, one last question about what the future holds for people like Terry and Donna McNally and Kathleen Coleman.

"Most of the people that we've talked to are 50 and 60 years old and have sustained these losses say there is no way they're ever gonna make them back. Do you agree with that?" Kroft asked.

"I think we have to be truth tellers," Wray replied. "I think that when a person has hit this point, and we've had this unfortunate situation, I don't think we can misrepresent what the possibilities are."

"And reality is that money's not coming back that they've lost," Kroft said.

"They can't count on it," Wray replied. "They have to…it may. Maybe they have long, maybe if they work ten more years, it'll come back by the…but it's important that they not have unrealistic expectations."