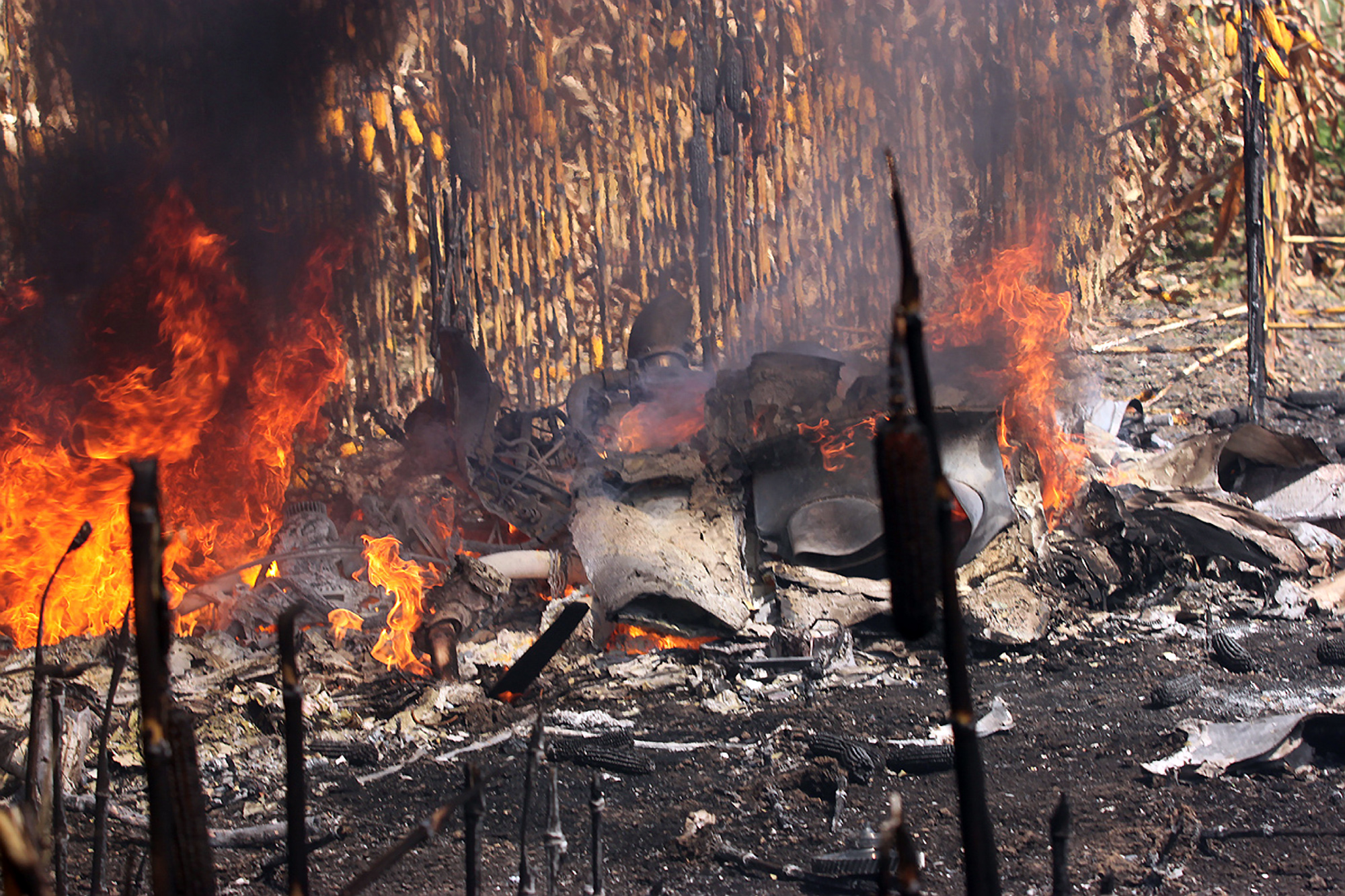 Michael Scarfia, 65, of Staten Island, N.Y., was identified by West Windsor police as the pilot of the Aerospatiale AS355 twin-engine helicopter that went down shortly after noon in West Windsor. Scarfia apparently was the only person aboard.

The aircraft burst into flames upon impact, but no one on the ground was injured, authorities said.

"By diverting his failing helicopter into the cornfield and away from crowded shopping malls, he again showed his bravery and dedication to others," West Windsor police Lt. Robert Garofalo said in a news release.

It was not immediately clear what caused the accident. Garofalo said several people reported that a flock of birds appeared to make contact with the helicopter shortly before it crashed. He said authorities still were investigating those reports Saturday evening.

"Eyewitnesses said they saw pieces of (the helicopter) coming apart, including the main rotor of the helicopter itself," Garofalo said during an earlier news conference held near the crash scene.

Several witnesses also reported hearing grinding noises and possible explosions shortly before the helicopter went down in the field near Route 1 and Quakerbridge Road in the Mercer County community.

Authorities said the pilot did not report any trouble or make any emergency transmissions.

It was not immediately clear where the helicopter was headed or where it had departed from.