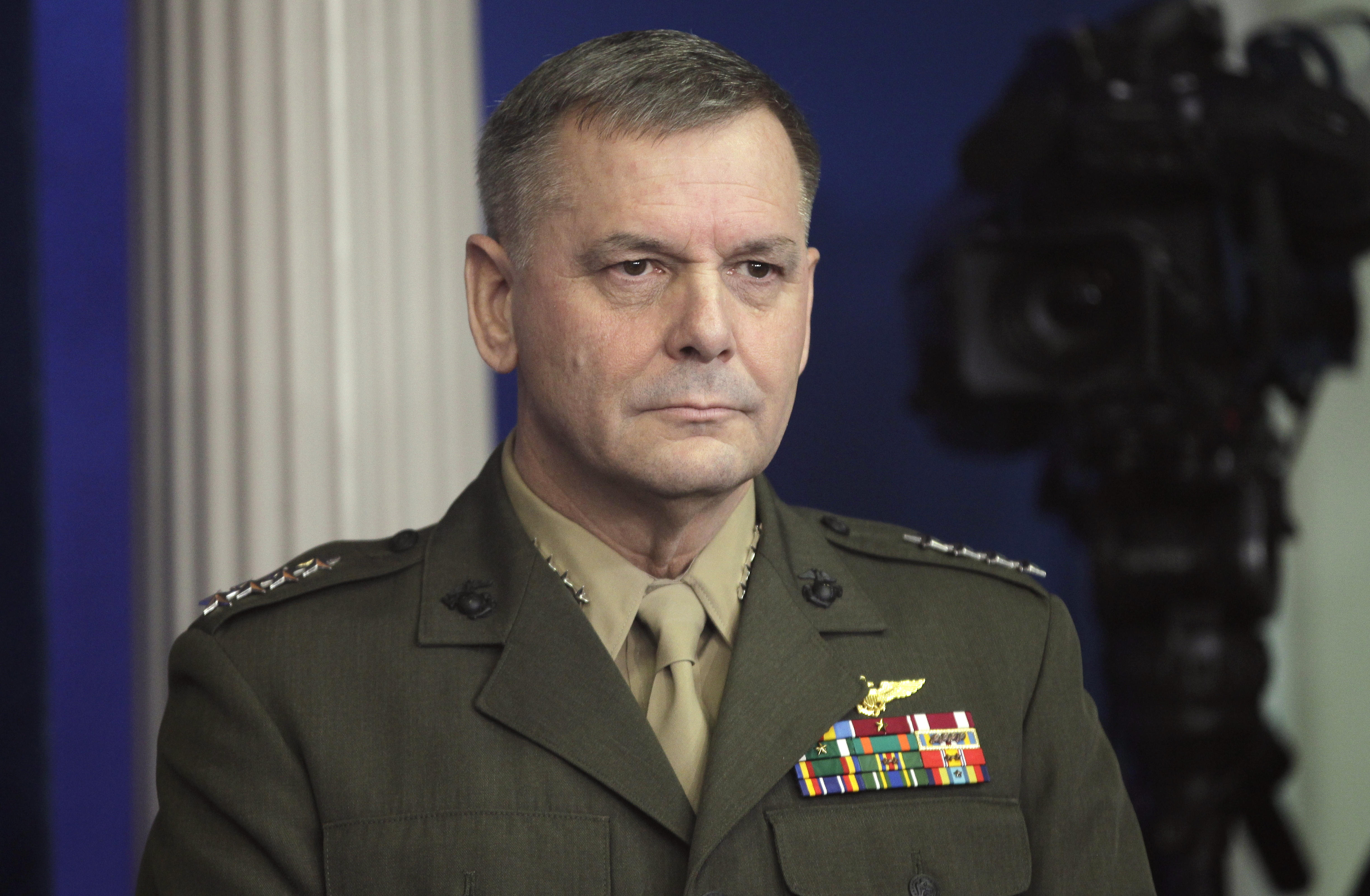 Cartwright falsely told investigators that he was not the source of classified information contained in a book by New York Times journalist David Sanger, according to charging documents unsealed by prosecutors.

He pleaded guilty to a felony offense that carries a max sentence of 5 years and a $250,000 fine. Government and defense recommend an appropriate sentence would be from 0-6 months. Sentencing was set for Jan. 17, 2017.

Cartwright falsely told investigators that he was not the source of classified information contained in a book by New York Times journalist David Sanger, according to charging documents unsealed by prosecutors.

Neither the book nor the classified subject is identified in court papers. But Sanger has written about a covert cyberattack on Iran’s nuclear facilities and the use of a computer virus called Stuxnet to temporarily disable centrifuges that the Iranians were using to enrich uranium.

After appearing in court Monday, Cartwright issued this statement:

“It was wrong for me to mislead the FBI on November 2, 2012, and I accept full responsibility for this. I knew I was not the source of the story and I didn’t want to be blamed for the leak. My only goal in talking to the reporters was to protect American interests and lives; I love my country and continue to this day to do everything I can to defend it.”

The U.S. Attorney’s Office in Maryland announced the case on Monday.

Prosecutors say Cartwright was charged via criminal information, a document that is filed with a defendant’s consent and that signals that a plea agreement has been reached.

Gregory Craig, an attorney for Cartwright, had no immediate comment, but his office said he would issue a statement later Monday.

Cartwright, 67, was vice chairman of the Joint Chiefs of Staff from 2007 until 2011, and was considered a key close adviser to Obama.

As the vice chairman of the Joint Chiefs of Staff and the second-highest ranking military officer in the U.S., Cartwright was privy to issues at the center of national security.

A former fighter pilot, the Marine general was known for his expertise in the more highly technical areas of cyberwarfare and America’s nuclear enterprise.

The New York Times issued this statement on the matter:

“We are disappointed that the Justice Department has gone forward with the leak investigation that led to today’s guilty plea by Gen. Cartwright.  These investigations send a chilling message to all government employees that they should not speak to reporters.  The inevitable result is that the American public is deprived of information that it needs to know.”