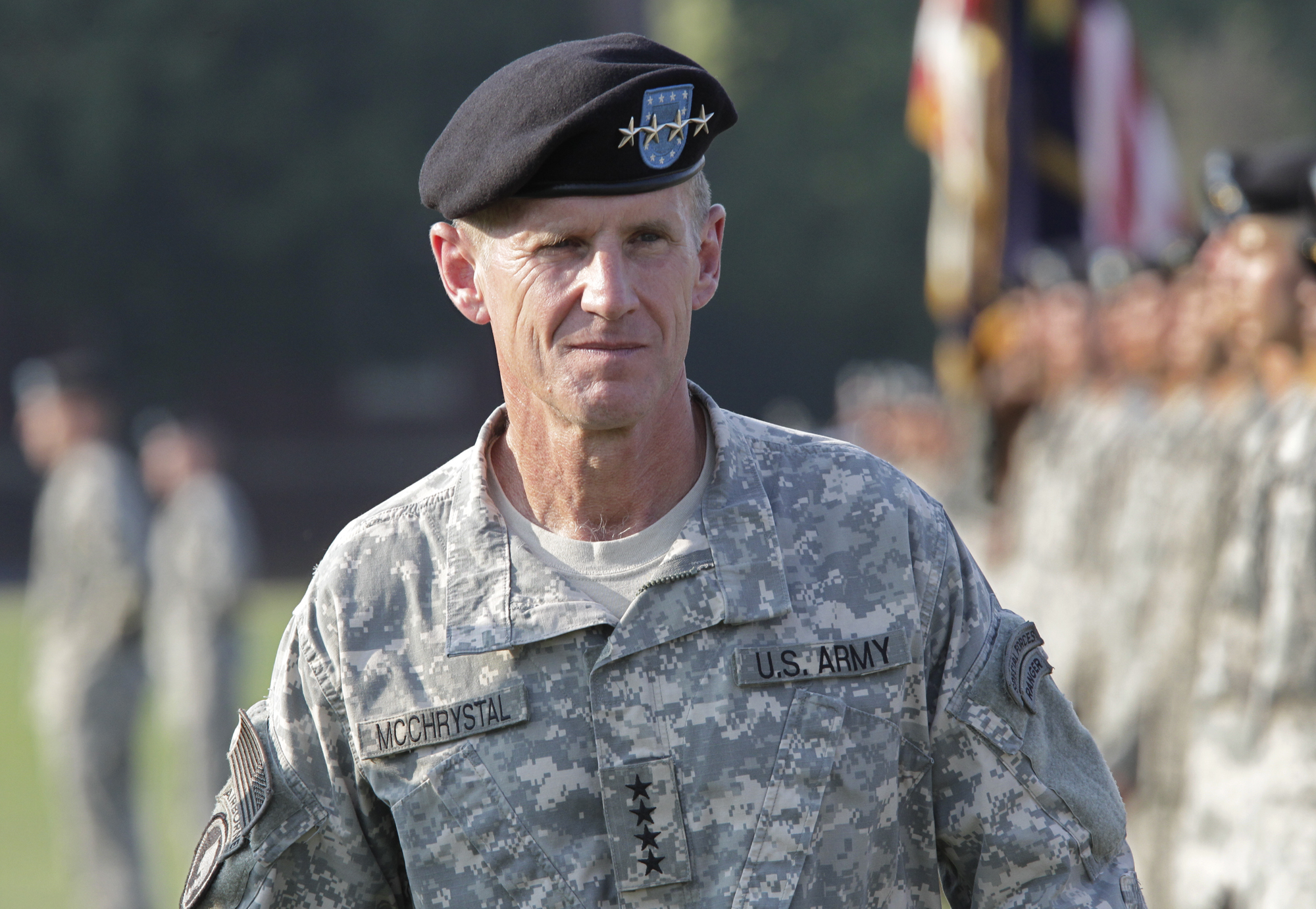 Washington --- The former top U.S. commander in Afghanistan said Sunday that withdrawing up to half the 14,000 American troops serving there would reduce the incentive for the Taliban to negotiate a peace deal after more than 17 years of war. Retired Gen. Stanley McChrystal said the U.S. has "basically traded away the biggest leverage point we have."

McChrystal's comments were in response to reports that President Donald Trump had ordered the Pentagon to develop plans to withdraw thousands of American troops by next summer. Outgoing Defense Secretary Jim Mattis mentioned the order in his resignation letter. Mattis' last day in the administration is Monday.

The U.S. and NATO formally concluded their combat mission in 2014, but American and allied troops remain, conducting strikes on the Islamic State group and the Taliban and working to train and build the Afghan military.

"If you tell the Taliban that we are absolutely leaving on date certain, cutting down, weakening ourselves, their incentives to try to cut a deal drop dramatically," McChrystal said on ABC's "This Week."

McChrystal also said he's worried that the Afghan people will lose confidence in the U.S. as an ally that can be counted on.

"I think we probably rocked them," said McChrystal, who commanded U.S. and NATO forces in Afghanistan for about a year.

He also was critical of President Donald Trump personally, saying he doesn't believe Trump tells the truth. The comment came when asked what he would say if he were asked to join the Trump administration.

"I think it's important for me to work for people who I think are basically honest, who tell the truth as best they know it," he said.

When asked if Mr. Trump is immoral, McChrystal responded: "I think he is."

It's not the first time he's criticized a sitting president. President Barack Obama accepted McChrystal's resignation in June 2010 after he made scathing remarks in a magazine article about administration officials, including about Obama and Vice President Joe Biden.

McChrystal, who released a book about leadership this year, told "CBS This Morning" in October that we should study how people emerged as leaders, and that every leader is different in private than they are in person.

"But the reality is, every person is a human being. And so, what we've got do is look at these leaders holistically. We've got to expect certain things from them; they should inspire us and bring the team together. They should do the things that let us as a group solve the problem. We should not sit back and wait for the leaders."