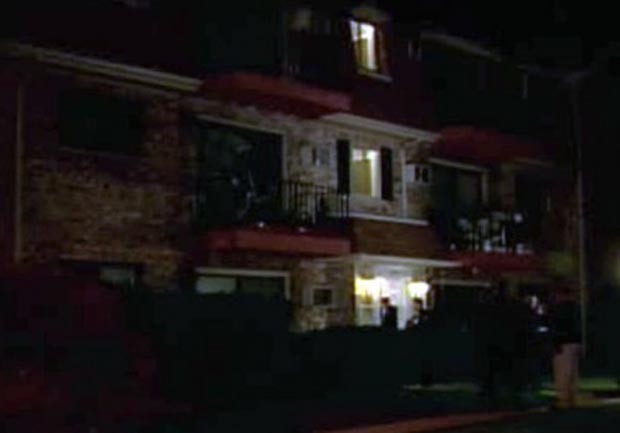 CHICAGO A retired Chicago police officer accidentally shot and killed his son early Tuesday, after mistaking him for a burglar, the officer's family said.

Tuesday was supposed to be moving day for James and Michael Griffin. Michael had lost his job and apartment, and James was helping him out, by letting him live at his home.

Michael's brother Stephen said Michael was at home late Monday night with their father, at their father's apartment near O'Hare International Airport.

"My brother was staying there, and last I heard they were watching the Jay Leno Show, and my dad fell asleep," Stephen Griffin said. "And I guess he assumed my brother was at home sleeping, and when someone came in the back door, he just naturally assumed it was an intruder."

Police found Michael Griffin dead inside the condo at about 12:45 a.m.

Stephen Griffin said his father was a cop for 42 years, served as a homicide detective on the West Side, and retired in 1998.

He said "my brother was going through some hard times; lost his job, lost his apartment," and had moved in to stay with his father.

Griffin's neighbors said they didn't hear a sound until police showed up.

"From what I heard, he shot him in the head. But I didn't hear noise," neighbor Michael Mureibe said.

"No matter which way, accidentally or not accidentally, that's terrible. Because the young man, I understand, is dead. That's horrible. It's terrible both sides," said Steve Mayor, the maintenance man for the apartment building.

Mayor said he's known the father for years, and that he couldn't be a nicer guy. Now, his family is struggling as they try to explain this tragedy.

Stephen Griffin said he spoke with Michael's 28-year-old daughter, who lives in Tennessee.

"It was kind of hard to talk with her," he said. "It hasn't really sunk in yet."