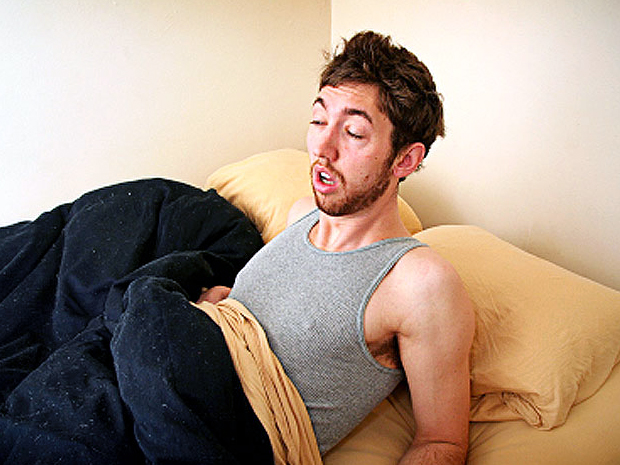 Researchers looked at more than 18,000 men who went to a doctor to get evaluated for the neurological disorder, and tracked them for about eight years. They found men who were diagnosed with the syndrome were about 40 percent more likely to die prematurely compared to men without the condition.

"Our study highlights the importance of recognizing this common but underdiagnosed disease," study author Dr. Xiang Gao, an associate professor of medicine and epidemiology at Harvard School of Public Health and Harvard Medical School, said in a statement.

RLS is a nervous system disorder that affects the legs, creating an urge to move them, WebMD reports. The researchers add about five to 10 percent of U.S. adults have the condition.

RLS is also considered a sleep disorder, because the uncomfortable sensations -- which have been described as itchy, "pins and needles," creepy and tugging-feeling -- can interfere with a good night's rest.

Dr. Steven Feinsilver, director of the Center for Sleep Medicine at the Mount Sinai School of Medicine in New York City, explained to CBSNews.com that about 90 percent of people who have ever experienced these symptoms during their lifetimes won't need treatment, pointing out the remainder may experience disabling symptoms that prevent them from even sitting for 10 minutes at a time.

"If its associated with mortality, I may have to rethink that," said Feinsilver, who was not involved in the new research.

For the study, Gao and colleagues enlisted 18,425 men -- average age of 67 -- who did not have diabetes, arthritis or kidney failure at the time of enrolment. At the study's start, 690 men met the diagnostic criteria for restless legs syndrome.

The 40 percent risk increase of early death among RLS patients dropped slightly after adjusting for other factors that can impact longevity, including body mass index, lifestyle, chronic diseases, lack of sleep and other sleep disorders.

Once the researchers eliminated everyone with chronic conditions like cancer, high blood pressure and heart disease, the risk increase between RLS and mortality climbed to 92 percent, compared to people without the disorder.

"We found that the increased risk was not associated with the usual known risk factors, such as older age, being overweight, lack of sleep, smoking, being physically inactive and having an unhealthy diet," Gao said. "Through research, we need to pinpoint why and how RLS leads to this possible higher risk of dying early."

The findings were published June 13 in Neurology.

Feinsilver pointed out that "correlation doesn't imply causation. It's certainly true that bad sleep is associated with increased mortality, and often we don't know why," he said.

For people with debilitating RLS symptoms and not just an occasional uneasy feeling, Feinsilver recommended seeing your doctor. In about 5 percent of cases, the symptoms may be caused by a low iron amounts, he said, and supplements could help. For others with disabling symptoms, low-doses of medication for Parkinson's have been shown to be effective, he said.

People who experience the uncomfortable sensations late at night but don't have severe symptoms might benefit from a hot bath, stretching or exercise, Feinsilver said.

Other risk factors for RLS include taking certain medications like anti-nausea drugs or antipsychotics, being pregnant or having a chronic disease like kidney failure and diabetes.