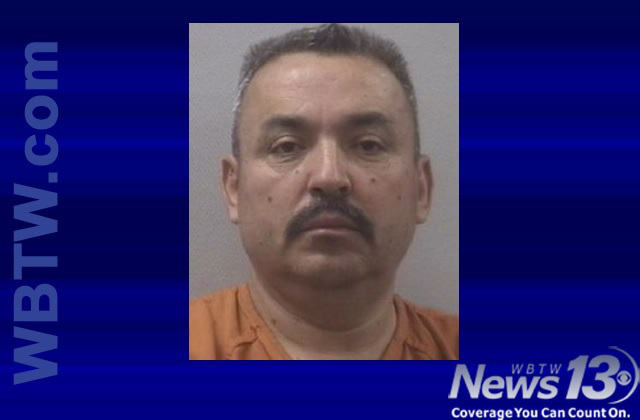 LEXINGTON, S.C. -- Authorities say a restaurant owner whose bribes to keep his workers in the county illegally from being deported brought down the Lexington County sheriff in 2014 has been charged with murder.

Lexington Police said in a news release that Gregorio Leon turned himself in after the Sunday night shooting at a parking lot.

Investigators say a woman told them that Leon shot the victim several times. The man's body was found between vehicles. His name hasn't been released.

Federal prosecutors say Leon paid bribes to a man connected to former Lexington County Sheriff James Metts to keep employees from the Mexican food restaurant from being deported when arrested on minor offenses.

Metts pleaded guilty and was sentenced to 10 months in prison.

It wasn't known if Leon had a lawyer.