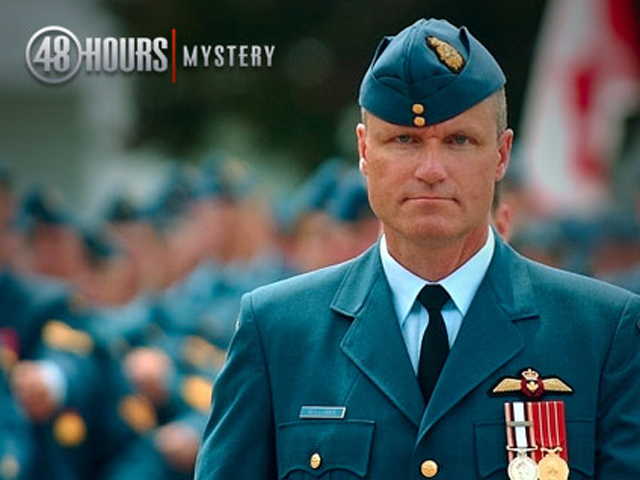 It's a gripping story of murder, deception, and betrayal.

On "The Early Show" today, "48 Hours" correspondent Susan Spencer reported that the prime suspect in the series of sex crimes involved is about the most unlikely person you ever could imagine.

Watch a sneak peek of this "48 Hours Mystery"

His tires seem to match tracks at the scene of an apparent kidnapping, near the tiny town of Tweed, Ontario -- the latest incident in a crime spree that began in 2007 with dozens of bizarre thefts.

Someone was stealing women's lingerie. Thousands of items were stolen, including bras, panties, camisoles and pajamas.

By September 2009, two local women had been sexually assaulted. One was Laurie Massicotte, talking on TV for the first time.

She says she was fast asleep when an intruder threw a blanket over her head and put her in a homemade harness.

She said, "Something was choking me around my neck. ... It was just like a bad dream. He said to me, 'I need to take some pictures of you.' The next thing I feel, he sliced my clothes off. He was gonna to kill me."

Reporter Tim Appleby says police never dreamed it could be someone as revered as Col. Williams.

Commander of Canada's largest airbase, pilot for heads of state, and even the Queen of England. And now, Spencer said, he was murder suspect-in-chief.

Spencer added Williams was interrogated for nine hours by Canadian police officer Detective Sgt. Smith. She said experts say he conducted one of the most skillful interrogations they've ever seen.

"He is patient. He is methodical," Spencer said. "He has planned every question. And his chief challenge is that he's faced with this high-flying colonel. You don't challenge the colonel. And so he uses all kinds of psychological techniques to get to him. He, for one thing, he never calls him colonel. He only calls him Russ. He insinuates himself into a friendship."

Through the interrogation, things change.

Spencer said, "Well, he starts off, and they say, 'Do you want a lawyer?' And he says, 'well, only a realty lawyer is the only kind of lawyer I've ever had.' As the time goes on, you can see how this is beginning to wear him down. The tension mounts as the evidence mounts. And ultimately, the little detective sergeant gets results."