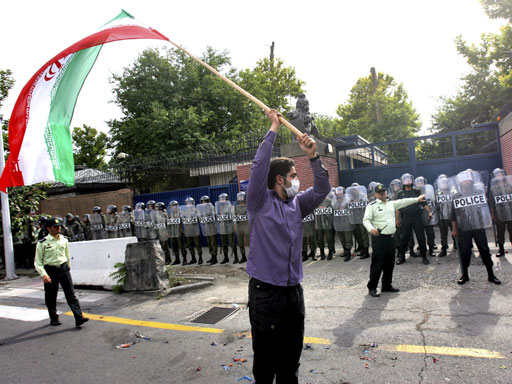 
This month marks the fortieth anniversary of Israel's occupation of the West Bank, Gaza Strip and East Jerusalem. It will not escape readers' notice that the three writers who reflect on the occasion in this issue, although coming from widely different backgrounds and perspectives — Meron Benvenisti is a native-born Israeli and former deputy mayor of Jerusalem, Saree Makdisi is a Palestinian-American academic, and Brian Klug is a British (and Jewish) Oxford philosopher — express a similar pessimism regarding the two-state solution. Each of them favorably discusses some form of binational or democratic state in all of Israel-Palestine, whose citizens would have equal rights or shared sovereignty.

Nation editors didn't seek out these conclusions, nor do they represent a change in our policy. For many years this magazine has supported a two-state solution in which Israel would fully withdraw from the territories occupied in 1967, in accordance with UN resolutions, and a State of Palestine would be formed in those territories, with its capital in East Jerusalem. But we recognize that as realities on the ground shift, so must our thinking. Many have begun to wonder whether partition is still possible, given the growing settlements in the West Bank; the collapse of the peace process; the hardening of Israeli attitudes in the face of a second, bloody intifada; the descent of the Palestinian national camp into fratricide; and the unwillingness or inability of the Bush administration to re-engage in serious peace talks or even to recognize the democratically-elected Palestinian government.

But to abandon the two-state solution, as a way out of today's seemingly insuperable barriers, doesn't so much answer questions as raise new ones. The chief difficulty is perhaps in popular reception, from both Israelis and Palestinians: While a large percentage of Israelis — anywhere from 40 to 60 percent, depending on when and how they're asked — support a two-state solution, 95 percent or more viscerally, emphatically oppose both the binational and secular democratic models.

The mainstream of the Palestinian liberation movement, for its part, has for three decades supported the two-state solution, and even the Islamist Hamas has indicated that it would acquiesce. As with the Israelis, there's no real political constituency in the Palestinian community for the binational or democratic model, just support from a certain, if growing, number of intellectuals. Also, the Palestinian case for a separate, independent state is supported by a vast body of international law and many UN resolutions. If the movement were to abandon that model of national liberation in favor of participation as equal citizens in one state or a binational polity, it would weaken these legal and diplomatic defenses, and the overwhelming consensus of the international community, in favor of the unknown.

And while the chances for a two-state solution look particularly bleak now, circumstances can change rapidly. Witness the 2005 disengagement from Gaza: Apocalyptic settler resistance was predicted, and yet it came off without a hitch. Disengagement might have been a cynical ploy on Ariel Sharon's part to forestall negotiations, but it did seem to break the back of the Greater Israel movement. In its wake, some 50 percent of West Bank settlers have indicated their willingness to return to Israel. Furthermore, there is, despite the current diplomatic stasis, a living model for a fair two-state solution that could lead to peace not only between Israel and Palestine but between Israel and the entire Arab world: the recently reiterated Arab League proposal. The offer is there, if Israel and Washington have the courage to act on it.

From the Palestinian point of view — and from that of anyone who supports minimal standards of human rights — it's inevitable that if the two-state solution fades, the calls for inclusion on fully equal terms in one state will grow. And from the Israeli perspective, every "defeat" of Palestinian resistance, every new settlement, will only hasten the day when two populations of roughly equal size, one Jewish and one Palestinian, will be seen by the international community as functioning in essentially one state, under an apartheid system. The "separation wall," which divides the two populations while imprisoning one under the control of the other, will only accelerate that perception. In other words, the Jewish state, qua Jewish state, will in the long run be just as threatened by continuation along the present unilateralist path as by a major shift toward negotiations and reconciliation.

All Americans, whatever their ethnicity or religion, are deeply implicated in what happens in Israel/Palestine, given our government's identification with and massive aid to Israel. The conflict is a Middle East crisis, but whether we like it or not, it is very much an American dilemma. No issue inflames opinion against the United States more than its support for Israel's policies toward the Palestinians, which has put us on a collision course with the Arab and Muslim world. We must therefore continually rethink our assumptions. We at The Nation see it as our task to further the debate by providing a forum for it and by exploring all creative solutions. As in the past, we adhere to a general principle that's more important than any particular state formation: The two peoples must be afforded the right to live in peace and dignity, on fully equal terms, whether in one state or two.
By the editors of The Nation
Reprinted with permission from the The Nation