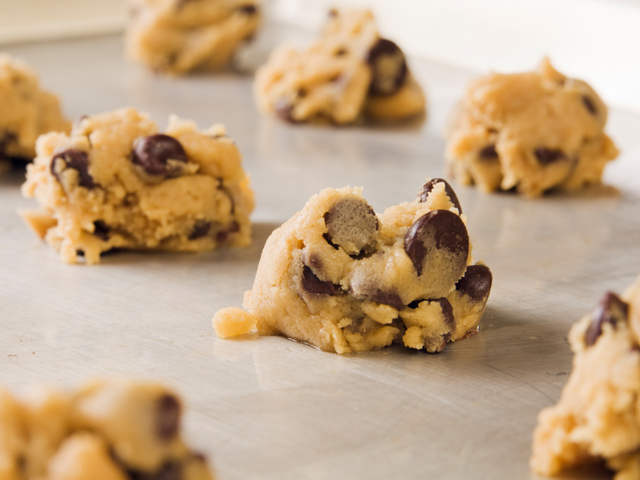 TORONTO -- Generations of neophyte bakers have shrugged off parental warnings about how eating chunks of raw cookie dough could make them sick to their stomachs.

Now, researchers who investigated a 2009 outbreak of food-borne illness in the United States are providing extra backup to Mom and Dad.

"My recommendation, the general recommendation, is that you should not consume raw cookie dough, regardless of who makes it, whether it's made at home or as a commercial product," Dr. Karen Neil, a medical epidemiologist at the Centers for Disease Control and Prevention, said in an interview from Atlanta.

"That is the safest thing to avoid illness."

For years, concerns about raw dough have centered on the idea that raw eggs could contain bacteria such as salmonella. In this case, though, investigators were looking into a different bacteria — Shiga toxin-producing Escherichia coli, or STEC.

The outbreak affected 77 patients in 30 states, and 35 people were admitted to hospitals.

Ground beef and leafy greens are usually seen as likely culprits, but the evidence didn't point in that direction, Neil said.

"Because of that, we kind of scratched our heads and tried to think about what other things could be causing this outbreak, and so we ended up doing these open-ended interviews," Neil said. Cookie dough came up in discussions with five patients.

In the end, the source of contamination in the outbreak was still undetermined after a thorough investigation, laboratory analysis and assessments of a production plant.

However, three strains of STEC were discovered in one brand of cookie dough — although it wasn't the same strain involved in the outbreak.

A case study is published Friday in the journal Clinical Infectious Diseases. It reported that 33 of 35 patients consumed raw cookie dough, compared with four of 36 people in a control group with no illness.

"Eleven per cent versus 94 per cent is a very large difference, and we can do some statistical analyses to see whether or not you would expect to see that by chance, and we didn't find that. It's very unlikely that that discrepancy occurred by chance," Neil said.

Prof. Rick Holley of the food science department at the University of Manitoba said the conclusion that cookie dough is risky is upheld by the finding of three strains of E. coli in cookie dough.

"The connection between the cookie dough and the ill people is only supportable by the epidemiology, and the statistics in that look pretty solid," he said from Winnipeg. "So I don't have difficulty in the authors attributing the cookie dough to the human illness."

Many of the ingredients in the packaged cookie dough — including pasteurized eggs, molasses, sugar, baking soda and margarine — had gone through a "kill step" to eliminate pathogens.

"So we've never conclusively implicated flour but, kind of, that is what we suspect could have been the cause of contamination in the cookie dough product," she said, adding that the company in question has switched to heat-treated flour.

The authors also noted that eating unbaked cookie dough appears to be a popular practice, especially among teenage girls — some of whom bought the product without any intention of baking it.

They suggest manufacturers reformulate the product to make it as safe as a ready-to-eat product, and provide more effective consumer education about the risk of eating raw cookie dough.