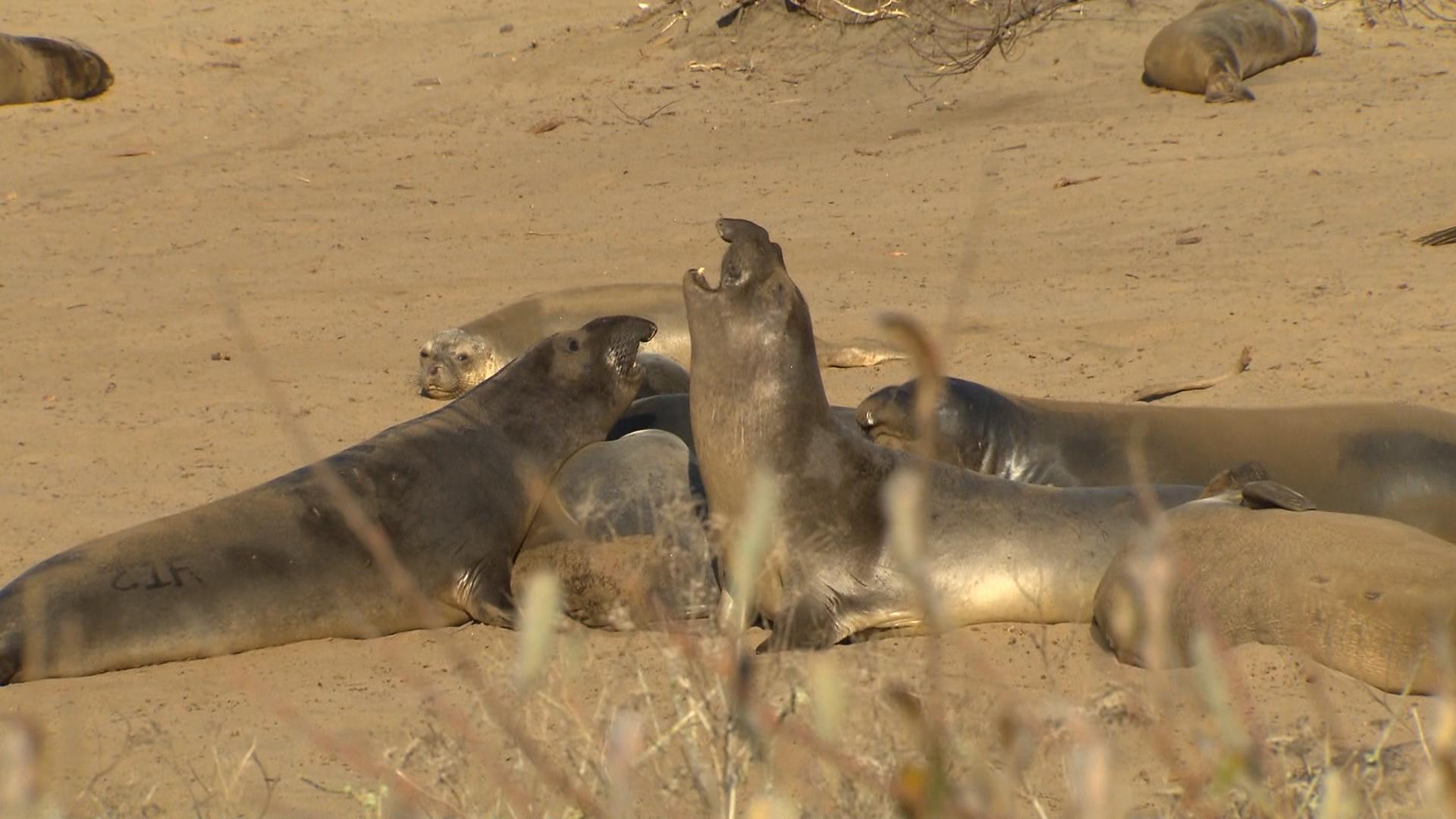 SANTA CRUZ, Calif. -- Watching elephant seals resting lazily on a California beach, it can be hard to imagine that far out in the ocean, they're athletes.

"They're really the Olympians of the diving world," said Dan Costa, professor of evolutionary biology at the University of California Santa Cruz.

Researchers in Costa's lab put tracking devices on elephant seals to follow them thousands of miles across the Pacific.

"We had no idea they were diving to 2,000 feet or more, and doing it routinely," Costa said.

It turns out elephant seals have other hidden talents, as well. You just have to listen for them.

They are able to communicate by sound. According to researcher Caroline Casey, their messages are surprisingly sophisticated.

What sounds like a grunt is actually the elephant seal shouting its name.

"So for example if he interacted with Sam, and he can actually hear Sam's call and say 'Oh Sam I remember Sam, he beat me last time. I'm not going to mess with him again," said Casey.

Casey is part of an international team of researchers who collected and studied elephant seal calls. What can sound like a cacophony on the beach can make some sense in the lab.

Elephant seals are the only animals known to recognize and remember each other through the unique rhythm of their call, and Casey played some of their calls for CBS News.

"This one is amazing," she said of one recording. "These pulses are so short and super-soft staccato."

"Often you sit there and you see these -- we call them sleeping slugs -- and when you really understand what they do -- their diving behavior, their on-the-beach behavior -- they're a pretty amazing animal," Casey said.

Their looks may leave something to be desired, but their skills have earned our seal of approval.