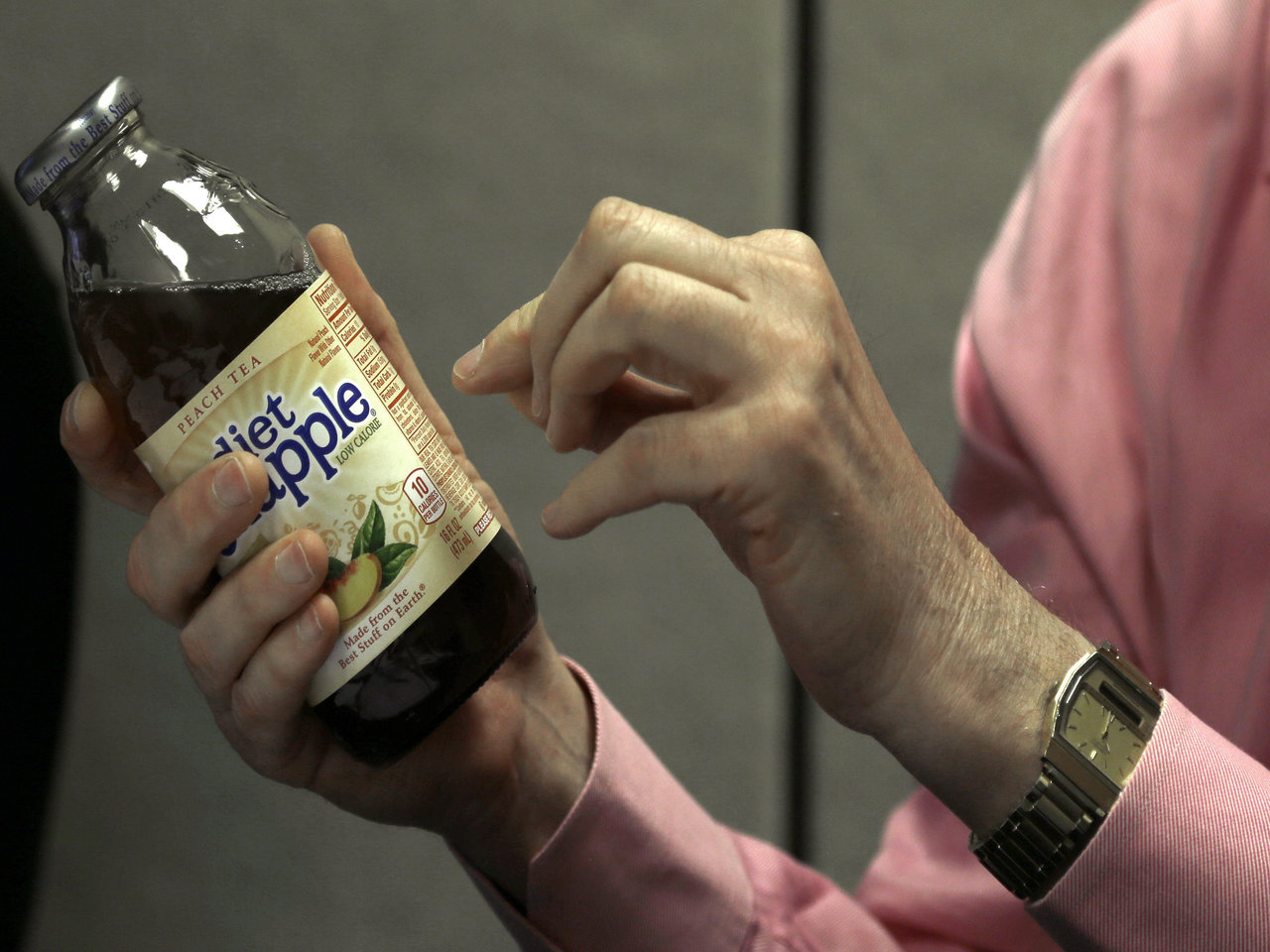 CHAPEL HILL, N.C.Do your kids love chocolate milk? It may have more calories on average than you thought.

Until now, the only way to find out what people in the United States eat and how many calories they consume has been government data, which can lag behind the rapidly expanding and changing food marketplace.

Researchers from the University of North Carolina at Chapel Hill are trying to change that by creating a gargantuan map of what foods Americans are buying and eating.

Part of the uniqueness of the database is its ability to sort one product into what it really is - thousands of brands and variations.

The government long has long classified chocolate milk with 2 percent fat as one item. But the UNC researchers, using scanner data from grocery stores and other commercial data, found thousands of different brands and variations of 2 percent chocolate milk and averaged them out. The results show that chocolate milk has about 11 calories per cup more than the government thought.

The researchers led by professor Barry Popkin at the UNC School of Public Health, are figuring out that chocolate milk equation over and over, with every single item in the grocery store. It's a massive project that could be the first evidence of how rapidly the marketplace is changing, and the best data yet on what exact ingredients and nutrients people are consuming.

That kind of information could be used to better target nutritional guidelines, push companies to cut down on certain ingredients and even help with disease research.

"The country needs something like this, given all of the questions about our food supply," says Popkin, the head of the UNC Food Research Program. "We're interested in improving the public's health and it really takes this kind of knowledge."

The project first came together in 2010 after a group of 16 major food companies pledged, as part of first lady Michelle Obama's campaign to combat obesity, to reduce the calories they sell to the public by 1.5 trillion. The Robert Wood Johnson Foundation agreed to fund a study to hold the companies accountable, eventually turning to UNC with grants totaling $6.7 million.

Aided by supercomputers on campus, Popkin and his team have taken existing commercial databases of food items in stores and people's homes, including the store-based scanner data of 600,000 different foods, and matched that information with the nutrition facts panels on the back of packages and government data on individuals' dietary intake.

The result is an enormous database that has taken almost three years so far to construct and includes more detail than researchers have ever had on grocery store items - their individual nutritional content, who is buying them and their part in consumers' diets.

The study will fill gaps in current data about the choices available to consumers and whether they are healthy, says Susan Krebs-Smith, who researches diet and other risk factors related to cancer at the National Cancer Institute.

Government data, long the only source of information about American eating habits, can have a lag of several years and neglect entire categories of new types of products - Greek yogurt or energy drinks, for example.

With those significant gaps, the government information fails to account for the rapid change now seen in the marketplace. Now more than ever, companies are reformulating products on the fly as they try to make them healthier or better tasting.

While consumers may not notice changes in the ingredient panel on the back of the package, the UNC study will pick up small variations in individual items and also begin to be able to tell how much the marketplace as a whole is evolving.

"When we are done we will probably see 20 percent change in the food supply in a year," Popkin says. "The food supply is changing and no one really knows how."

For example, the researchers have found that there has been an increase in using fruit concentrate as a sweetener in foods and beverages because of a propensity toward natural foods, even though it isn't necessarily healthier than other sugars. While the soda and chocolate milk have more calories on average than the government thought, the federal numbers were more accurate on the calories in milk and cereals.

Popkin and his researchers are hoping their project will only be the beginning of a map that consumers, companies, researchers and even the government can use, breaking the data down to find out who is eating what and where they shop. Is there a racial divide in the brand of potato chips purchased, for example, and what could that mean for health? Does diet depend on where you buy your food - the grocery store or the convenience store? How has the recession affected dietary intake?

"It's only since I've really started digging into this that I have realized how little we know about what we are eating," says Meghan Slining, a UNC nutrition professor and researcher on the project.

Steven Gortmaker, director of the Harvard School of Public Health Prevention Research Center, says the data could help researchers figure out how people are eating in certain communities and then how to address problems in those diets that could lead to obesity or disease.

"The more information we have, the more scientists can be brainstorming about what kinds of interventions or policy changes we could engage in," Gortmaker said.

But the information doesn't include restaurant meals and some prepared foods, about one-third of what Americans eat. If the project receives continued funding, those foods eventually could be added to the study, a prospect that would be made easier by pending menu labeling regulations that will force chain restaurants to post calories for every item.

Popkin and his researchers say that packaged foods have long been the hardest to monitor because of the sheer volume and rapid change in the marketplace.

The Healthy Weight Commitment Foundation, an industry group representing the 16 companies that made the pledge to reduce 1.5 trillion calories, says it will report this summer on how successful they've been, according to Lisa Gable, the group's president. The first results from Popkin's study aren't expected until later this year.

Marion Nestle, a New York University professor of nutrition, food studies and public health, says the data could be useful in pressuring companies to make more changes for the better. Companies often use "the research isn't there" as a defense against making changes recommended by public health groups, she notes, and it can be hard to prove them wrong.

"What people eat is the great mystery of nutrition," Nestle says. "It would be wonderful to have a handle on it."