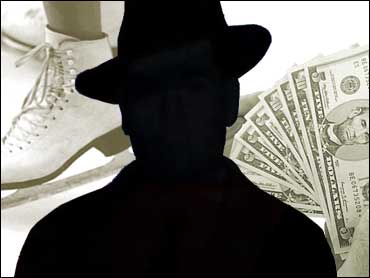 An alleged Russian mob figure accused of trying to fix skating results at the Winter Olympics was arrested in Italy on Wednesday and faces extradition to the United States.

U.S. federal prosecutors in New York said they had charged Alimzhan Tokhtakhounov over a scheme to fix two figure skating competitions at this year's Salt Lake City games on behalf of French and Russian competitors; the skating results created a judging scandal that engulfed the Olympic showpiece in February.

"The complaint alleges that the long arm of Russian organized crime reached across the globe this past February and into Salt Lake City with a pair of fixes for the Winter Olympics," Manhattan U.S. Attorney James Comey told a news conference.

Russian sports officials derided the accusations Thursday, with one calling the allegations a "funny fantasy" that belonged in a Hollywood film script, not a U.S. federal court affidavit.

Wiretaps used in a mob investigation captured a series of telephone calls between Tokhtakhounov in Italy and unnamed conspirators during the games in February that "lay out a pattern of conduct that connects those two events," U.S. Attorney James Comey said.

Prosecutors said Tokhtakhounov hoped he would be rewarded with a visa to return to France, where he once lived.

But French judge Marie-Reine Le Gougne said the next day she'd been pressured to vote for the Russians, who slipped during their routine while the Canadians were virtually flawless.

The judging flap, the biggest in Olympics history, resulted in a duplicate set of gold medals being awarded to the Canadian pairs team.

Le Gougne later recanted but still was suspended, as was Didier Gailhaguet, the head of the French skating federation. Le Gougne's Salt Lake City-based lawyer, Erik Christiansen, said she "has no involvement and no knowledge of this person or these allegations."

Telephone messages left for Gailhaguet were not immediately returned.

"While we knew from previous investigations that the judgment in the pairs figure skating was not correct, we are shocked to learn of the alleged involvement of organized crime," Rogge said.

But Russian Olympic Committee spokesman Gennady Shvets said the Russian pair won fairly and suggested the new allegations were part of an effort to justify the decision to ward a second gold. "Now this funny fantasy appears," he said.

"It is more like a cinematic subject, a synopsis of a film script," he added.

A week after the pairs competition, the ice dancing team of Marina Anissina and Gwendal Peizerat won gold in figure skating by a 5-4 split of the judges. Anissina was born in Russia.

When asked about the charges against Tokhtakhounov, Peizerat said: "I have never heard of this man."

Tokhtakhounov, arrested at a resort in northern Italy, was charged with conspiracy to commit wire fraud and conspiracy to commit bribery relating to sporting contests. U.S. prosecutors were seeking his extradition. He could face up to five years in prison and a $250,000 fine on each count if convicted.

It was unclear whether Tokhtakhounov had retained an attorney.

Shvets said Tokhtakhounov often spends time with Russian tennis players, but is not involved with figure skating. He said in a telephone interview that the charges may have resulted from the suspect's propensity for boasting.

"He may be a fan ... but the fact that he could not have influenced results is absolutely certain," Shvets said.

Sale and Pelletier told CTV television in Canada they were not surprised by the developments. Sale said justice has been done as far as she's concerned.

"It's figure skating," she said. "You know what? Everything always comes out in the wash. We just did our job at the Olympics, we did the best we could."

The criminal complaint identified Tokhtakhounov as a "major figure in international Eurasian Organized Crime" who has been involved in "drug distribution, illegal arms sales and trafficking in stolen vehicles."

Federal investigators said they obtained recorded telephone conversations between Tokhtakhounov and a French ice dancer, in which he brags about being able to influence the outcome of competitions, a senior law enforcement official said, speaking on condition of anonymity.

The complaint made clear the case was based on confidential informants and wiretaps. It said wiretaps caught the defendant talking to a female ice dancer's mother, telling her, "We are going to make your daughter an Olympic champion. Even if she falls, we will make sure she is number one."

After the Olympics, the female ice dancer called Tokhtakhounov to discuss the outcome, the papers said. She told him she could have won without his help, saying, the Russians "did not put us in first place," the papers said.

Anissina was the ice dancer who won the gold, but the papers didn't identify her as the woman on the phone.