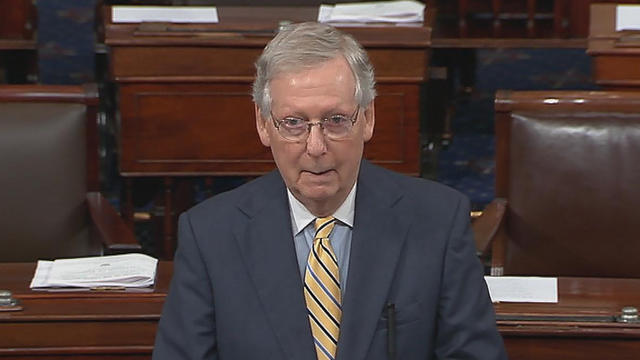 Republicans are hoping that the bruising fight to confirm Judge Brett Kavanaugh to the Supreme Court could help them stay in control of Congress this November. And a new series of polls indicates that Democratic attempts to stop Kavanaugh could be mobilizing Republican voters.

A NPR/PBS/Marist poll released Wednesday indicated that the "enthusiasm gap" between Democrats and Republicans heading into the midterms had shrunk to a statistical tie. So after months of Democratic voters reporting that they were far more excited to vote in November than their Republican counterparts, both sides now appear ginned up as Election Day comes into focus.

This could mark a significant turnaround in Republican fortunes. In July, for example, the same poll found that Democrats had a 10-point lead in calling voting in the midterms "very important." And pollsters and strategists agree that a big reason the GOP is suddenly so fired up is Kavanaugh, who has been accused by numerous women of sexual assault in recent weeks.

Some Republicans originally worried that trying to confirm Kavanaugh after the allegations surfaced would doom the GOP in November. Now, however, Republican strategists say that Democratic attempts to block the conservative jurist appear to have backfired.

"It's like pouring gasoline on the Republican base," one GOP strategist, who is consulting on races nationwide, told CBS News. "It's brought into stark focus the differences between the two parties and really galvanized Trump supporters who might have sat this midterm out."

President Trump likewise tweeted that the Kavanaugh fight would help Republicans at the polls. "The harsh and unfair treatment of Judge Brett Kavanaugh is having an incredible upward impact on voters," he tweeted Thursday morning. "The PEOPLE get it far better than the politicians. Most importantly, this great life cannot be ruined by mean & despicable Democrats and totally uncorroborated allegations!"

The bounce in Republican enthusiasm could be particularly helpful in close Senate races. According to a Fox News poll released earlier this week, the number of Republicans feeling "extremely" interested in the midterms is up in crucial battleground races like Indiana, Missouri, North Dakota, and Tennessee. Perhaps noting a change in the political winds, Republican senate candidates in Missouri and Montana have both released ads in recent days calling for Kavanaugh's confirmation.

The same Fox poll also found that North Dakota Democratic Sen. Heidi Heitkamp is now trailing her Republican opponent, Rep. Kevin Cramer, by 12 points. It also found that 34 percent of likely voters in the state were less likely to vote for her if she voted for Kavanaugh, versus 17 percent who said it would make it more likely that they voted for Heitkamp. On Thursday, however, Heitkamp announced that she would vote against Kavanaugh's confirmation anyway.

There are, however, reasons for Republicans to keep the corks in their champagne bottles. For example, poll after poll has found that Kavanaugh is unpopular nationally since this summer, and Democrats have maintained steady leads in most surveys of the generic ballot.

There's also some reason to believe that the Kavanaugh confirmation hearings have hurt Republican chances in affluent House districts, such as Virginia's 10th Congressional District, a suburban seat where GOP Barbara Comstock is trying to fight off a tough Democratic challenge. A CBS News poll released Monday also found that just 29 percent of women want Kavanaugh confirmed (although relatively more women thought it was too soon to say at the time), but it poses a potential hurdle for Republicans in competitive House races across the country.

And while political observers tend to believe that Kavanaugh is likely to be confirmed, there's still a chance on-the-fence GOP Sens. Jeff Flake, Lisa Murkowski, or Susan Collins still vote against his nomination. Flake and Collins both have praised the FBI investigation. But assuming he is confirmed to the Supreme Court this Saturday, there's also a chance that enraged Democrats will benefit from an enthusiasm bounce of their own.

So, if Kavanaugh is rammed through the Senate this week on a party-line vote, it's possible Democratic enthusiasm could surge while Republican enthusiasm wanes. So with more than a month to go until Election Day, the politics of the Kavanaugh confirmation remain fluid.