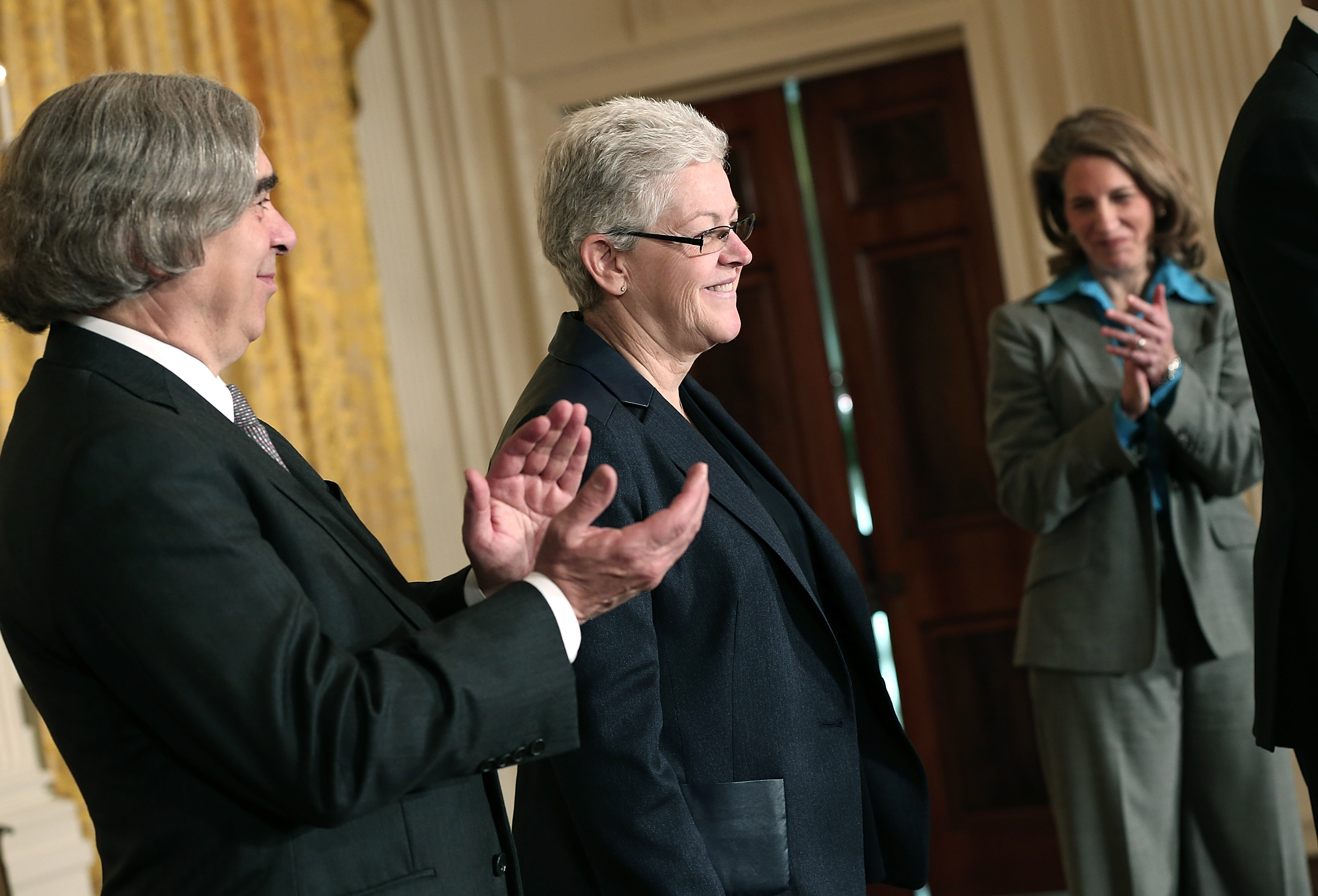 There was only one problem: None of the Republicans on the committee showed up. As a result, the nomination could not be voted out of committee to the full Senate. Committee rules require the presence of at least two minority members of the committee to hold a vote.

"I've been informed just a few minutes ago that the Republicans are boycotting this markup for...perhaps the most qualified nominee to ever head the Environmental Protection Agency," committee chairwoman Sen. Barbara Boxer, D-Calif., said at the outset of the hearing. "I am rather stunned that this has happened, frankly, because I have never seen a nominee in my life answer more questions than Gina McCarthy has done."

"Every nominee is entitled to a vote, particularly a nominee like this one," Boxer added, touting McCarthy's three decades of public service and a "well-demonstrated" track record of working with Republicans and Democrats alike. McCarthy advised 2012 Republican presidential nominee Mitt Romney on environmental issues while he was governor of Massachusetts.

"How could you have a more qualified woman than Gina McCarthy? This is outrageous," she said. "I've left a glass of water here for [ranking member Sen. David Vitter, R-La.] out of friendship, in the hopes that he'd come, clear his throat, and join us."

The committee's Republicans, in a letter to Boxer sent on Thursday, explained their boycott of McCarthy's nomination. "As you know, all Republicans on our EPW Committee have asked EPA to honor five very reasonable and basic requests in conjunction with the nomination of Gina McCarthy which focus on openness and transparency," they wrote. "While you have allowed EPA adequate time to fully respond before any mark-up on the nomination, EPA has stonewalled on four of the five categories. Because of this, no Republican member of the Committee will attend today's mark-up if it is held."

The Republicans added that their decision was not entirely without precedent. "In 2003, Democratic members of the EPW Committee chose not to attend the scheduled mark-up of Michael Leavitt as President Bush's nominee to head the EPA, pending the EPA's responding more fully to their requests," they reminded Boxer.

The White House, for its part, slammed the Republicans' boycott, with press secretary Jay Carney deeming it "an historic level of obstructionism." He called on the Senate to "stop the theatre" and allow McCarthy's nomination to proceed.

McCarthy, currently the assistant administrator of the EPA's Office of Air and Radiation, was confirmed unanimously by the Senate to her current position.