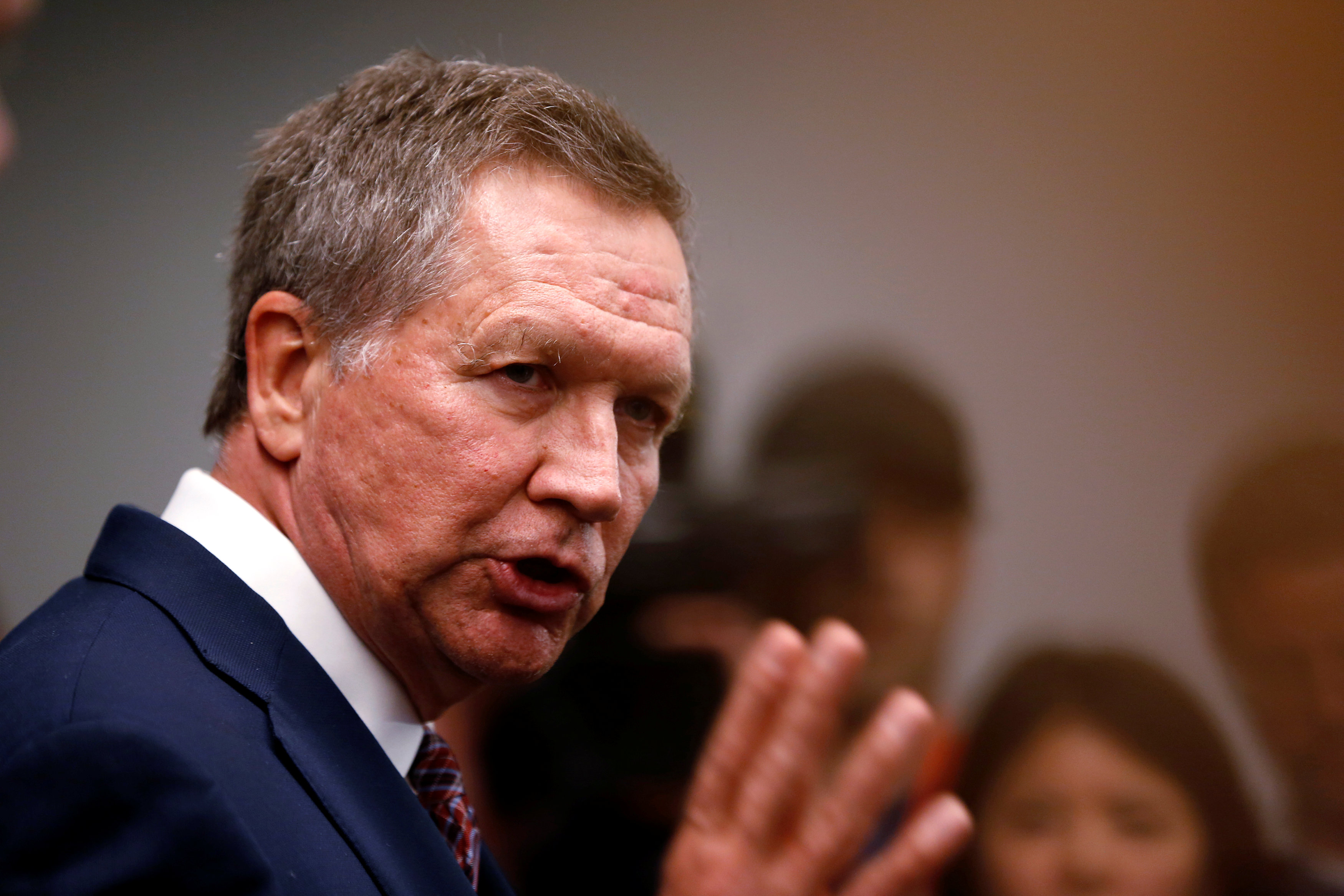 WASHINGTON -- The House GOP health care bill has competition from other Republicans, a group of governors who’ve made their own proposal about how to overhaul Medicaid for low-income people. They’re hoping GOP senators will find their ideas more persuasive.

It’s a gradual approach, with additional options for states. It’s likely to involve more federal spending than the House bill, but also keep more people covered. In the end, though, the governors are still talking about fundamental change.

Four GOP governors are pushing the plan, saying they represent most of the 33 Republican state chief executives. There’s no inkling of any involvement by Democratic governors, and it’s hard to conceive of such major changes without them.

Medicaid is a federal-state program that covers more than 70 million low-income people, about 1 in 5 Americans. Beneficiaries range from elderly nursing home residents to newborns. Former President Barack Obama expanded the program in his health care law, to mainly help low-income adults with no children living at home. About half the 31 states that accepted the expansion have Republican governors.

The House Republican bill would start by repealing Obama’s Medicaid expansion. More significantly, it would limit overall federal spending on Medicaid going forward. The nonpartisan Congressional Budget Office says the proposal would result in a cut of $880 billion from projected Medicaid spending from 2017 to 2026. By that year, 14 million fewer people would have Medicaid coverage, and program spending would be about 25 percent lower than what’s currently projected.

The House approach “provides almost no new flexibility for states, does not ensure the resources necessary to make sure no one is left out, and shifts significant new costs to states,” Republican Govs. John Kasich of Ohio, Rick Snyder of Michigan, Brian Sandoval of Nevada, and Asa Hutchinson of Arkansas said in a recent letter to congressional leaders.

The future of Medicaid could become a pivotal issue as the health care debate moves to the Senate. Kevin Smith, a spokesman for Sen. Rob Portman, R-Ohio, said his boss “shares (governors’) concerns about the need to protect the Medicaid expansion population and give governors more flexibility to ensure they can design programs that meet the needs of their states.”

Differences between the House bill and the governors’ approach would have an impact on millions of people. Here’s a look:

Current law: States can expand Medicaid to cover people making up to 138 percent of the federal poverty level, or about $16,640 for an individual. The federal government picks up almost all of the cost, gradually phasing down to a 90 percent share.

House bill: Ends Medicaid expansion. States can continue to receive the higher federal rate only for those enrolled by Dec. 31, 2019.

Governors: States that expanded Medicaid can also keep receiving the higher federal rate for new enrollees into the future if they agree to make other changes to their programs.

Current law: Medicaid is an open-ended entitlement program. The federal government pays a share of each state’s cost of providing care for beneficiaries. That share varies among states, but the national average is nearly 60 percent.

House bill: Federal Medicaid funds would be limited under a per-beneficiary cap that takes into account what a state has spent traditionally, adjusted for inflation. House leaders are also expected to introduce an option for states to choose a block grant.

If states choose a per-beneficiary cap or a block grant, they would not have to take a complete plunge.

Initially such limits would apply only to spending for able-bodied adults, including people covered through expanded Medicaid. It would be up to each state to decide whether to accept caps or block grants for sensitive groups of beneficiaries, including children, pregnant women, and elderly and disabled adults.

Current law: State Medicaid programs must cover FDA-approved drugs for medically accepted uses. Pharmaceutical companies pay Medicaid rebates to states under a complex formula. A costly new drug like recent ones for hepatitis C can cause havoc with state budgets.

Governors: States would be able to exclude coverage for a given medication. The option to exclude a drug would give them leverage in price negotiations with drug companies.

Governors: States that accept spending caps would be able to freeze or reduce enrollment, with exceptions. States could impose work requirements for able-bodied adults. States would also gain authority to redesign benefits and require beneficiaries to pay modest amounts for their care.

“The Medicaid program is complex and different (beneficiary) populations have different needs,” said Trish Riley, executive director of the nonpartisan National Academy for State Health Policy, which advises state policymakers. The governors “recognize that you can’t have a hard cap on a program that has a lot of unpredictable costs.”