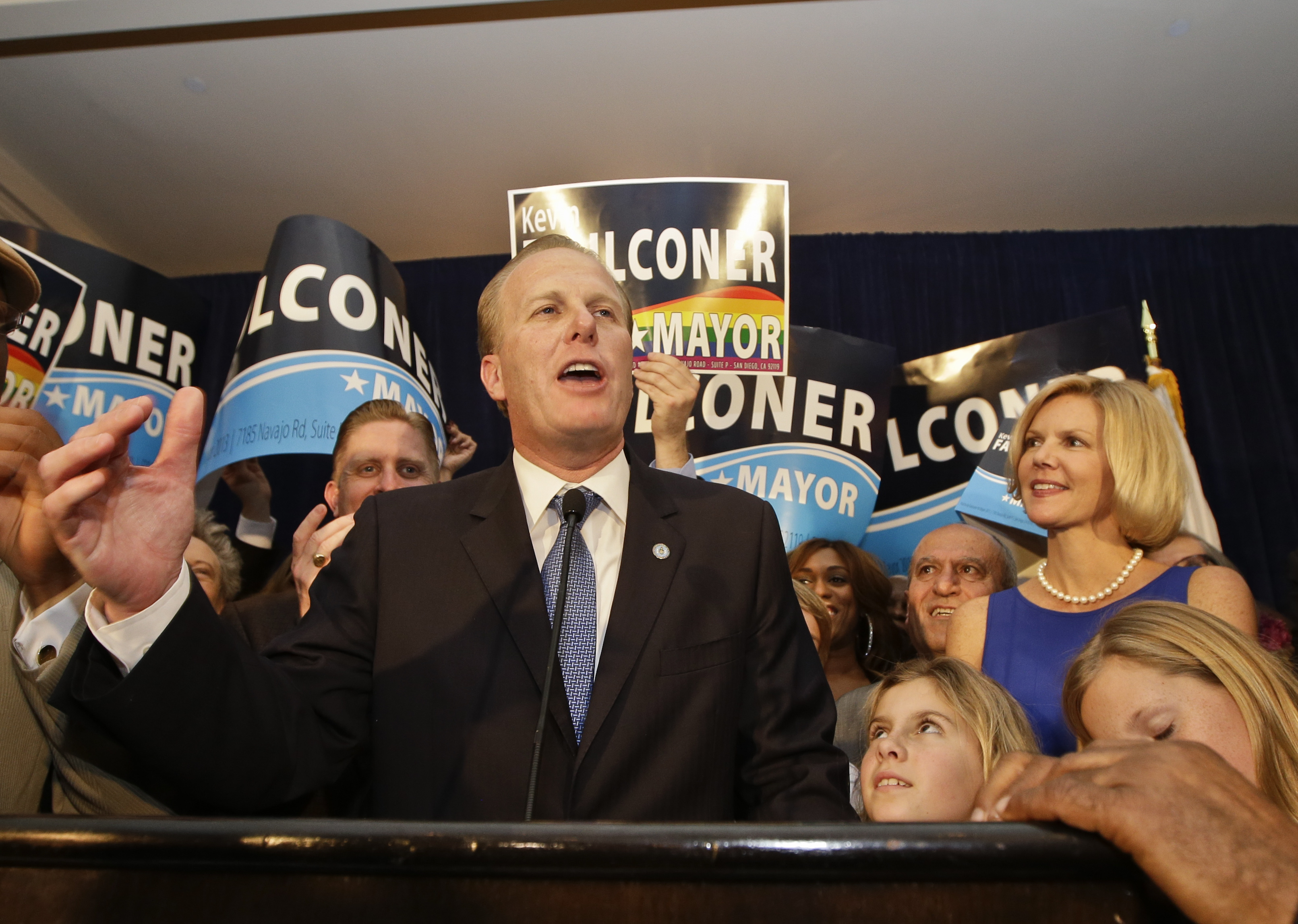 SAN DIEGO -- A Republican city councilman has been elected mayor of San Diego to replace Bob Filner, who resigned amid a torrent of sexual harassment allegations.

Kevin Faulconer's win means San Diego will be the nation's largest city with a Republican mayor. He will be the only Republican to lead a major city in California, where Democrats hold all statewide offices.

With all precincts reporting, the 47-year-old former public relations executive led Democratic Councilman David Alvarez by 54.5 percent to 45.5 percent. Many expected a much closer contest.

Faulconer will serve the nearly three years left in Filner's term. Faulconer, 46, will most likely be sworn-in March 3, replacing interim Mayor Todd Gloria, reports CBS San Diego affiliate KFMB-TV. "Together, you have sent a very strong message - not only here in San Diego but throughout our region - that this city is going to have an independent leader, this city is going to stand up and work together to bring us all together," Faulconer told jubilant supporters at the U.S. Grant Hotel.

Faulconer promised, as he has throughout the campaign, to work across political party lines in an increasingly Democratic city.

Alvarez, 33, was seeking to become the first Latino mayor in the city's 164-year history and keep Democrats in an office that Filner won in 2012 after a 20-year absence for the party. He campaigned by saying the city has been run by an elite few.

Faulconer portrayed Alvarez as a tool of labor unions. Alvarez attacked Faulconer as a shill for corporate interests.

Filner, 71, embraced the same "neighborhoods-first" mantra, but Faulconer and Alvarez scarcely mentioned the disgraced former mayor, who pleaded guilty in October to one felony count of false imprisonment and two misdemeanor counts of battery. The former 10-term congressman began a three-month sentence of home confinement on Jan. 1.

Faulconer, who was backed by Filner's two-term Republican predecessor, Jerry Sanders, played down his party affiliation. He highlighted his opposition to a 2010 ballot measure to raise the sales tax, which lost resoundingly, and his support for a 2012 measure to cut pensions for city workers, which passed overwhelmingly. Alvarez backed the losing sides.

The San Diego County registrar of voters predicted turnout between 45 percent and 50 percent, higher than the 36 percent turnout in a first round voting in November. The first batch of results amounted to about half of the expected turnout.

Faulconer easily topped a field of 11 candidates in the first round by dominating in newer, wealthier neighborhoods north of Interstate 8. Alvarez secured a spot in Tuesday's runoff by cleaning up south of the freeway in more densely populated, predominantly Latino areas.

Alvarez, a former legislative aide who grew up speaking Spanish at home, extolled his family's immigrant roots to an electorate that the registrar estimates is 18 percent Latino. He embraced a populist campaign theme of stripping power from hoteliers and developers who he says have long controlled the city.