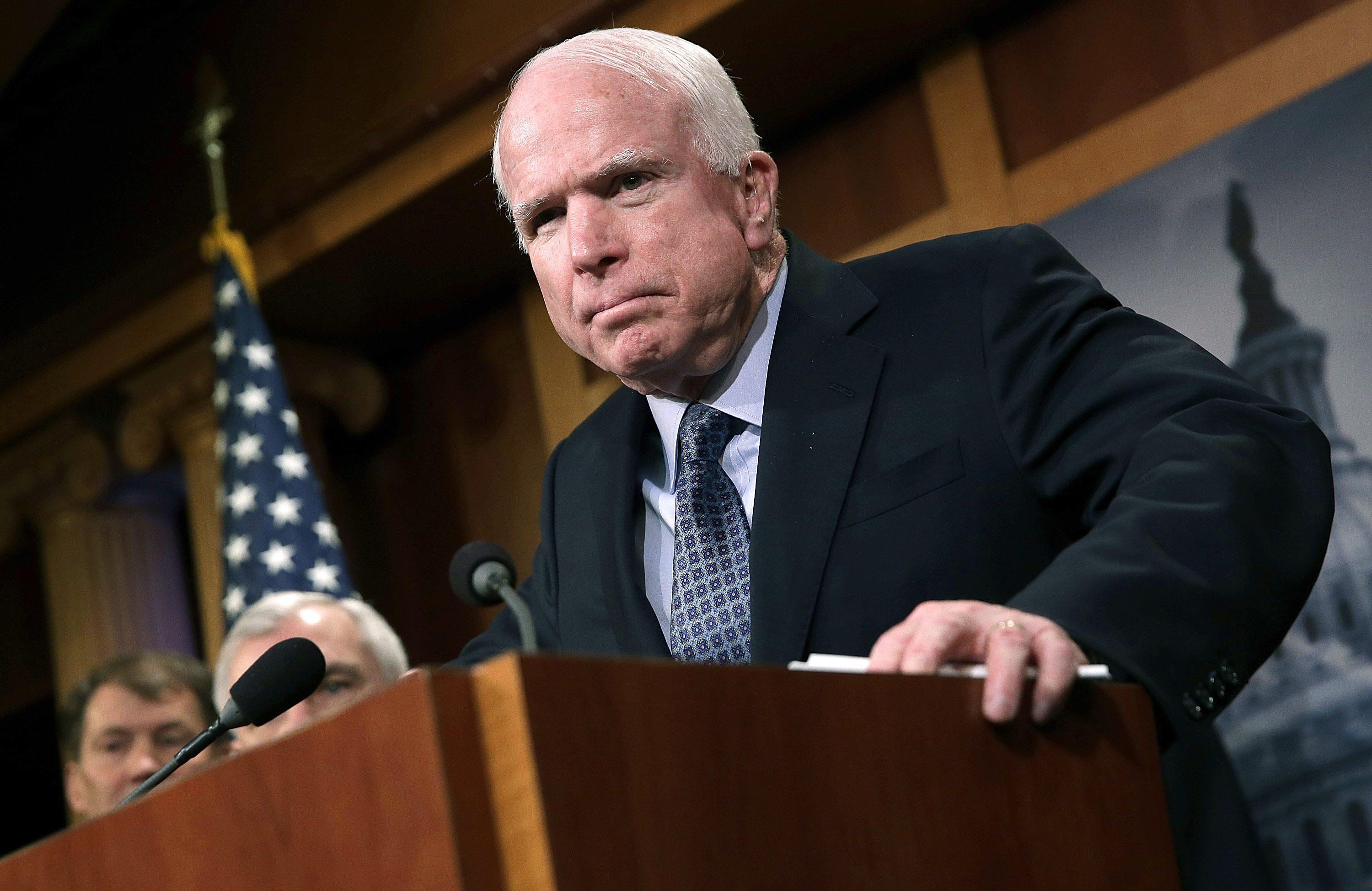 Lewis said the vote also unleashed a wave of Democratic attack ads against Republicans across the country on health care issues.

McCain, a longtime Arizona senator, was among three Republicans to vote against the repeal legislation in the Senate.

Lewis argued that McCain's vote was motivated by distaste for President Donald Trump and not by policy concerns.

Lewis's campaign manager did not immediately respond to a request for comment.

Lewis is no stranger to controversy. His past career as a conservative talk show radio host was a campaign issue in his 2016 election and again during his failed 2018 bid for a second term, including years-old remarks in which he wondered aloud why he couldn't call a woman "a slut" and said it's not the federal government's place to ban slavery.