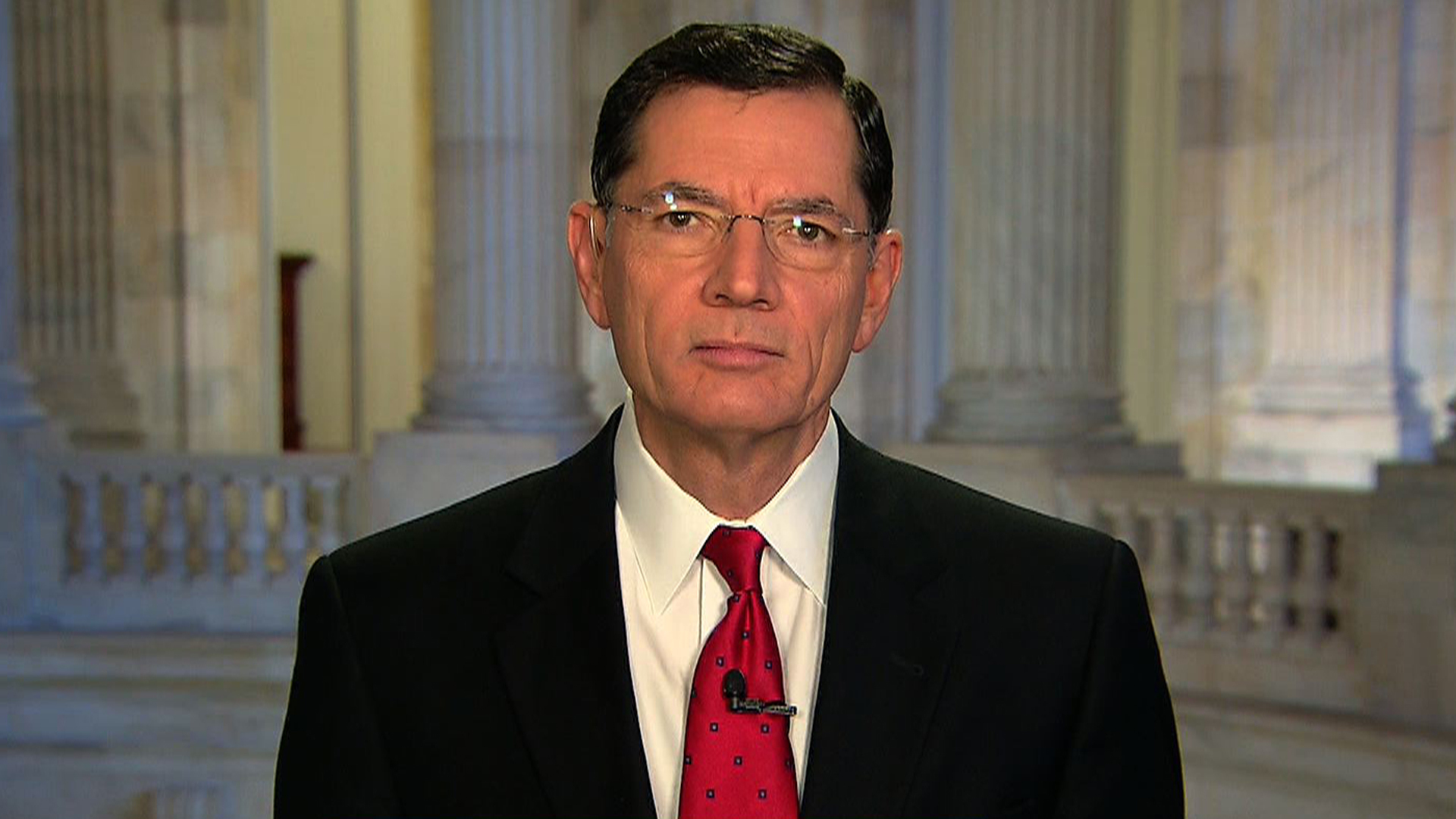 Through 16 years in office, including two elections for the Wyoming Senate and two for the U.S. Senate, Barrasso never faced significant opposition — until now.

Dave Dodson, a political newcomer and businessman little known in Wyoming, has made a bold Republican primary bid to tap anger over Barrasso's corporate donations and Washington ties. Dodson has little in common with Donald Trump but it's a Trump-like effort in the state that gave the president his widest margin of victory over Hillary Clinton in 2016.

On Tuesday, Wyoming voters will decide whether they're angry enough to bring home a man whose supporters refer to as "Wyoming's doctor," or are still happy to have Barrasso, a rising star in the Senate, represent them.

"I'm involved in politics right now because I'm mad and fired up to do something. I never envisioned ever being in political office at all. But I do think that when this country was founded it was envisioned that regular citizens would from time to time raise their hand and say 'I'd like to go to Washington, D.C., and represent my neighborhood,'" Dodson told The Associated Press.

"I actually think that I am doing, if you will, what the Founding Fathers had envisioned."

Dodson has invested in a range of industries, from auto parts to telecommunications, since the 1980s. He teaches part time at the Stanford business school but said he has lived full-time in Jackson Hole since 2011.

"So ask David Dodson, who does he really put first?" says the voice-over.

In an online statement, Dodson said he donated to Sanders to oppose Clinton, a contribution he later regretted, and that in 2007 he gave $2,300 to Mitt Romney's campaign before his ex-wife gave the same amount to "her candidate" in his name. Dodson lived in Massachusetts at the time.

Less than a week before the primary, Barrasso filed a complaint with the Federal Election Commission claiming that several of Dodson's television ads did not meet certain requirements for appearing on screen while stating his approval of them. Dodson responded by pointing out he talks in person in the ads and nobody would seriously doubt that he approved them.

Dodson pledged early to spend $1 million of his own money, and as of Aug. 1 had lent his campaign that amount. In addition, he raised $376,000 from individuals, the vast majority from outside Wyoming. He has spent almost all of the $1.4 million.

Barrasso has raised almost $5 million in contributions this year and last, the bulk of it from out-of-state individuals and political action committees. He has spent about half.

Dodson, 56, launched his campaign as an independent in February, but switched to Republican just before the filing deadline in May.

Since then Dodson has crisscrossed the state to campaign and plastered the airwaves and internet with ads pitching his "Plan to Put Wyoming First." The 44-page booklet calls for opposing wholesale transfer of federal lands to states and private interests, promoting overseas exports of Wyoming coal, encouraging health care industry competition and boosting career and technical training.

Dodson also advocates term limits and reducing the influence of money in politics.

"We need a new way of doing business," Dodson writes in the booklet mailed to voters.

Barrasso, 66, chairs the Senate Republican Policy Committee, making him the fourth-ranking member of GOP leadership in the Senate. He chairs the Environment and Public Works Committee and serves on the Energy and Natural Resources, Indian Affairs and Foreign Relations committees.

For years, Barrasso has been one of the most outspoken advocates of repealing the Affordable Care Act. He has key endorsements from the National Rifle Association and Trump.

"As a doctor, I help people get healthy again. Now, a senator, I fight to protect our state and to make our country stronger," Barrasso says in one ad.

Democratic Gov. Dave Freudenthal appointed Barrasso to the U.S. Senate in 2007 after the death of Republican Sen. Craig Thomas.

Running against little-known Democrats, Barrasso got 73 percent in a 2008 election to decide who would complete the remaining four years of Thomas' term, and in 2012, he was re-elected with 76 percent of the vote. Barrasso ran unopposed for the Wyoming Senate in 2002 and 2006.

Three other Republicans are in the race, most notably former Roman Catholic priest Charlie Hardy, of Cheyenne, who as a Democrat got 17 percent of the vote against Sen. Mike Enzi in 2014.

The others, Anthony L. Van Risseghem, of Cheyenne; John Holtz, of Laramie; and Roque "Rocky" De La Fuente, of San Diego, California; are political unknowns who have campaigned little if at all.