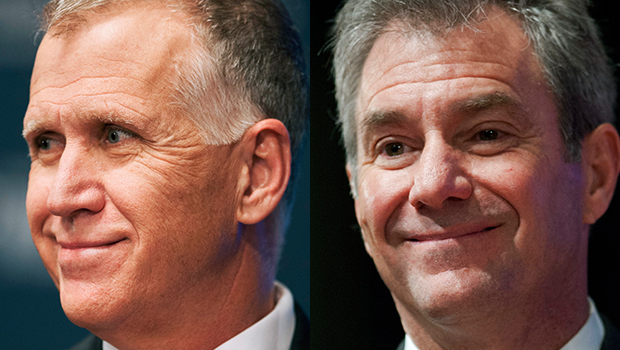 No one seems to carry a card that says "Republican Establishment." There isn't a formal list of members (at least not that we know of). But their power will be tested this spring and that's the backdrop for watching the Tuesday's Republican Senate primary in North Carolina.

This begins a string of contests that measure whether traditionally powerful members of the party - long-time incumbents, national party officials and fundraising groups - can steer their preferred candidates through primaries and, in doing so, regain some leverage over the party's message from more populist-oriented and tea party-based challenges.

The stakes in North Carolina are among the highest we'll see this year for that influence, and maybe for November. Republicans see a pickup opportunity against incumbent Sen. Kay Hagan, D-N.C., in November. Hagan is polling about even with potential GOP challengers in this closely-divided state, where lower midterm-year turnout and low Presidential approval could certainly tilt things to the GOP. But that's if they can find the right candidate, and of course not everyone agrees on who that is - cue today's race.

State House Speaker Thom Tillis enters Tuesday as the favorite but the question is whether he'll get 40 percent of the vote, which is needed to avoid a runoff under the state's primary rules. Tillis has wide backing from powerful groups such as the U.S. Chamber of Commerce and millions in advertisements.

His closest competitor figures to be Greg Brannon, a physician looking to carry the tea party banner into the general election. Brannon is reportedly leaning heavily on his grassroots efforts but also has some big-name backing of his own from Sen. Rand Paul, R-Ky., himself long a tea party favorite - and one with plenty of experience winning against the so-called establishment in primaries, having done so himself in 2010. Pastor Mark Harris has also brought his socially-conservative message to the race.

A runoff between Tillis and either Brannon or Harris would - as with any extended primary season - make the party fret that its candidates are spending more time and money on each other than on building the case against the incumbent Hagan; or competing to see who'll go further right, which could end up alienating moderates or stimulating turnout from the Democratic base for the fall. Runoffs also up the chances for an upstart with less money, as a second round (not until July) often draws only the most committed activists.

To voters, these primary fights often play out as appeals over who's more conservative, though in fact the ideological distinctions can be small in most cases. The political maneuvering for the party's direction in 2014, though, is increasingly clear and increasingly determined in primaries like this. Some look at recent cycles and see lost opportunities for Republicans: in 2010 and 2012 they had their sights on Senate pickups (in Delaware, Colorado, Indiana, for example) but many felt the primaries steered the party too far to the right, or at least onto messages too stridently against the kinds of compromise and bipartisanship voters want from Washington. Meanwhile many staunch conservatives argue just the opposite: that candidates need to be outsiders today more than ever, more distant from Washington influence and money and with less time spent in politics, in order to win and, later on, to affect the kind of change they want to see.

It is not at all clear that Tuesday's contest has those same kinds of implications for who wins this primary. If anything, the longer primary duration may be the bigger factor. But it is a more immediate test of influence within the party, including also for business groups, who became worried about the prospect of a default during the government shutdown last fall, and said they'd get involved to help their preferred candidates in this cycle.

There are also some primaries of interest across a number of the state's congressional districts. In the 2nd congressional district, former "American Idol" star Clay Aiken vies for the Democratic nomination (in a very Republican-leaning district) while a heated Republican primary in the 7th district is taking place - with outside endorsements and money - between Woody White, David Rouzer, and Chris Andrade, and the winner will have an edge to make the seat a pickup for the Republicans come November, as the district tilts Republican and the incumbent Democrat, Mike McIntyre, isn't running again.