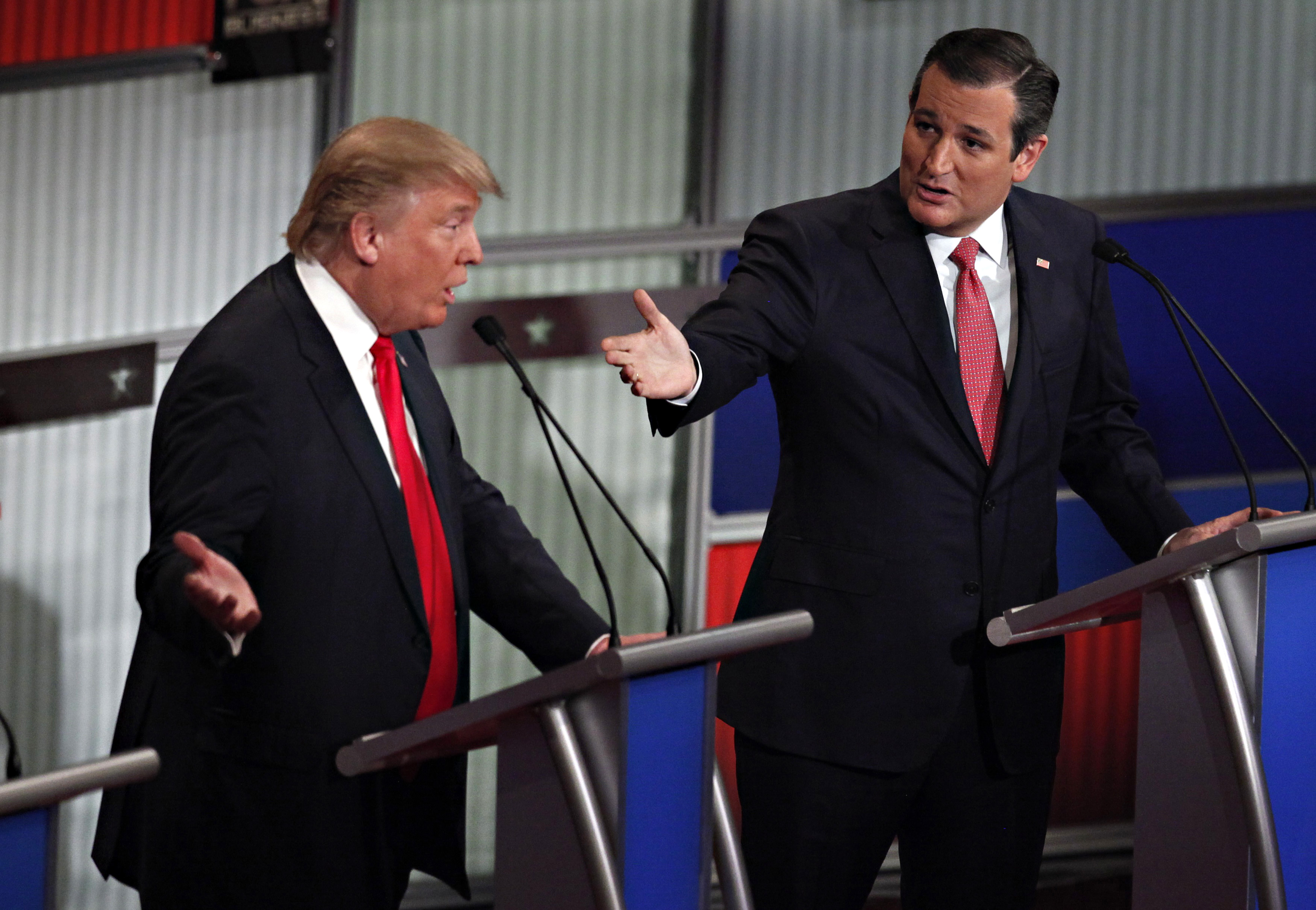 During Thursday's Republican debate, Texas Sen. Ted Cruz brushed off the ongoing saga over his citizenship and whether his Canadian birthplace disqualifies him from running for president.

"You know, back in September, my friend Donald said that he had had his lawyers look at this from every which way, and there was no issue there. There was nothing to this birther issue," Cruz said on the debate stage in South Carolina.

That was not exactly what Trump said.

In September, ABC News had asked Trump in an interview, "Do you still think he's ineligible to be president because he was born in Canada?"

Trump's response: "No, from what I understand everything is fine...I hear it was checked out by every attorney and every which way, and I understand Ted is in fine shape."

While it is true that he dismissed the issue, those who were apparently checking into Cruz's eligibility were not Trump's own lawyers.

Trump has flipped before on this issue, but the real estate mogul escalated his jabs at Cruz over his rival's presidential eligibility in December.

Cruz later suggested that the reason for the billionaire's attack on his citizenship was a matter of Cruz's rising popularity threatening Trump's candidacy.

"Now since September, the Constitution hasn't changed -- but his poll numbers have," he said.