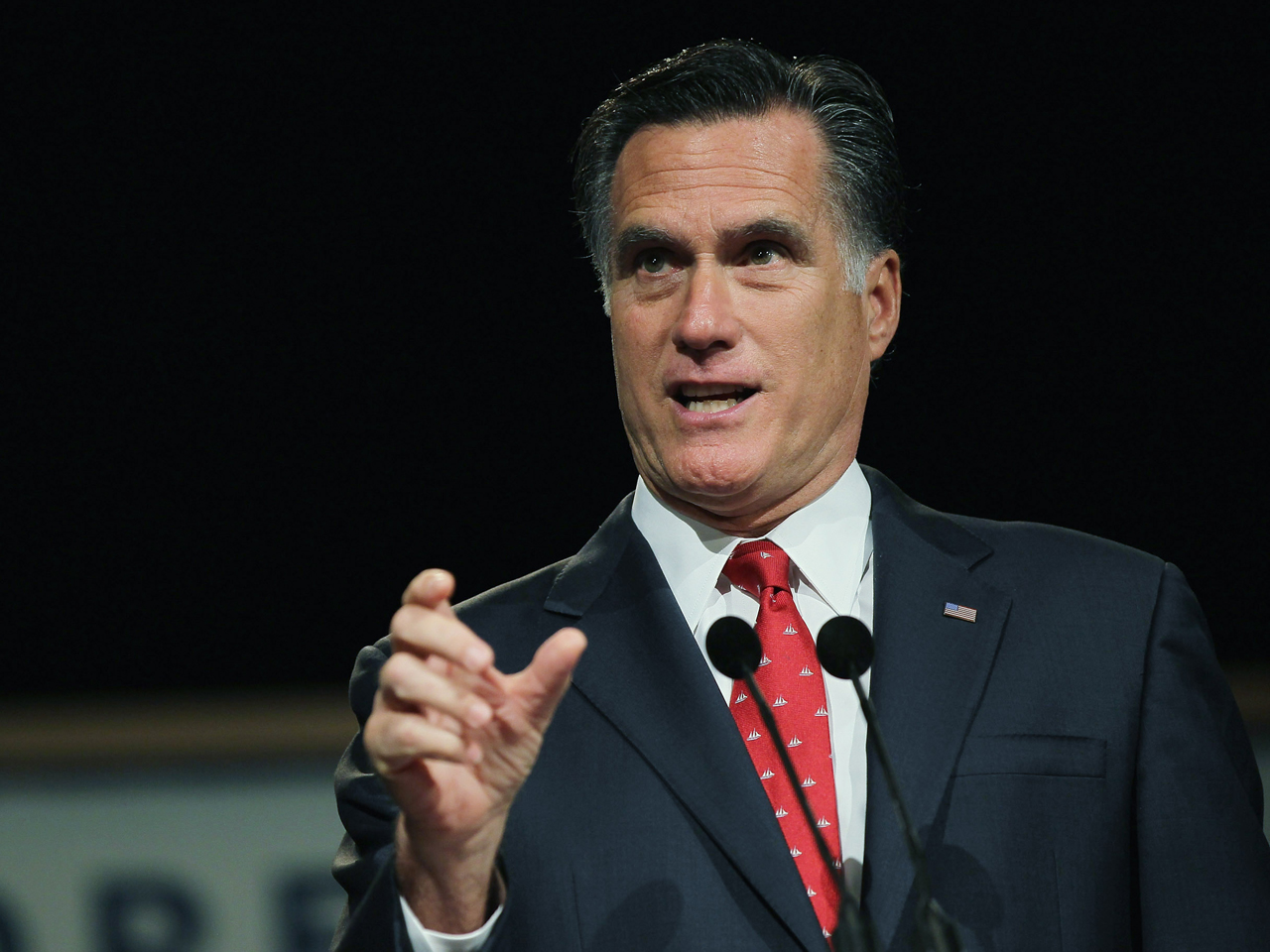 (CBS News) Presumptive Republican presidential nominee Mitt Romney hasn't publicly revealed how he would pay for his proposed tax cuts, but in a private event Sunday, the candidate named some government agencies he'd consider significantly scaling back, along with some tax deductions he may eliminate, according to reports.

Romney spoke with high-level donors at a backyard event in Palm Beach, Fla., on Sunday evening. The event was closed to the media, but reporters from the Wall Street Journal and NBC managed to hear Romney's remarks from a public sidewalk.

Romney also said he would consider making substantial cuts at the Department of Housing and Urban Development. The former governor reportedly noted that his father, George Romney, once ran the agency, but that it "might not be around later."

While the suggestions Romney made don't represent any official policy proposals, they offer insight into how the candidate could pay for the broad tax cuts he's proposed, which include an across-the-board 20 percent reduction in marginal, individual income tax rates. Without giving details, Romney has said he he would offset revenue lost by the tax cuts by eliminating deductions and loopholes.

In response to the reports of Romney's remarks, his campaign said it's necessary to discuss ideas to tackle issues like unemployment and rising gas prices -- problems that have gotten worse under President Obama's leadership.

"While President Obama is interested only in offering excuses and blaming others for his failures, Governor Romney is discussing some of the ideas he has to tackle the big issues facing America," Romney spokesperson Andrea Saul said in a statement to CBS News. "Governor Romney has also laid out a bold set of policy proposals that will grow our economy, cut spending, and get our massive debt under control."

On a conference call with reporters later, the Romney campaign stressed the candidate wasn't making any policy announcements. Former Missouri senator Jim Talent pointed out that Romney last year put out a 59-point plan for the economy that "people were making it fun of it because they said it was too detailed." He added: "When a person has proposed as many detailed things as he has and has talked about as many issues as he has -- on the record -- you know he's entitled to focus on the ideas he's actually proposed."

In response to Romney's remarks, Obama campaign spokesman said in a statement today that Romney's skewed priorities have been revealed. "In order to fund his $5 trillion tax cuts for the wealthiest Americans, he would make deep cuts in programs essential to the middle class like education and housing," he said.

According to the reports, Romney also told his donors that Republicans need to do more to woo Latino voters, such as supporting policies like a GOP version of the Dream Act, which would give young, undocumented immigrants a way to stay and work in the country legally.