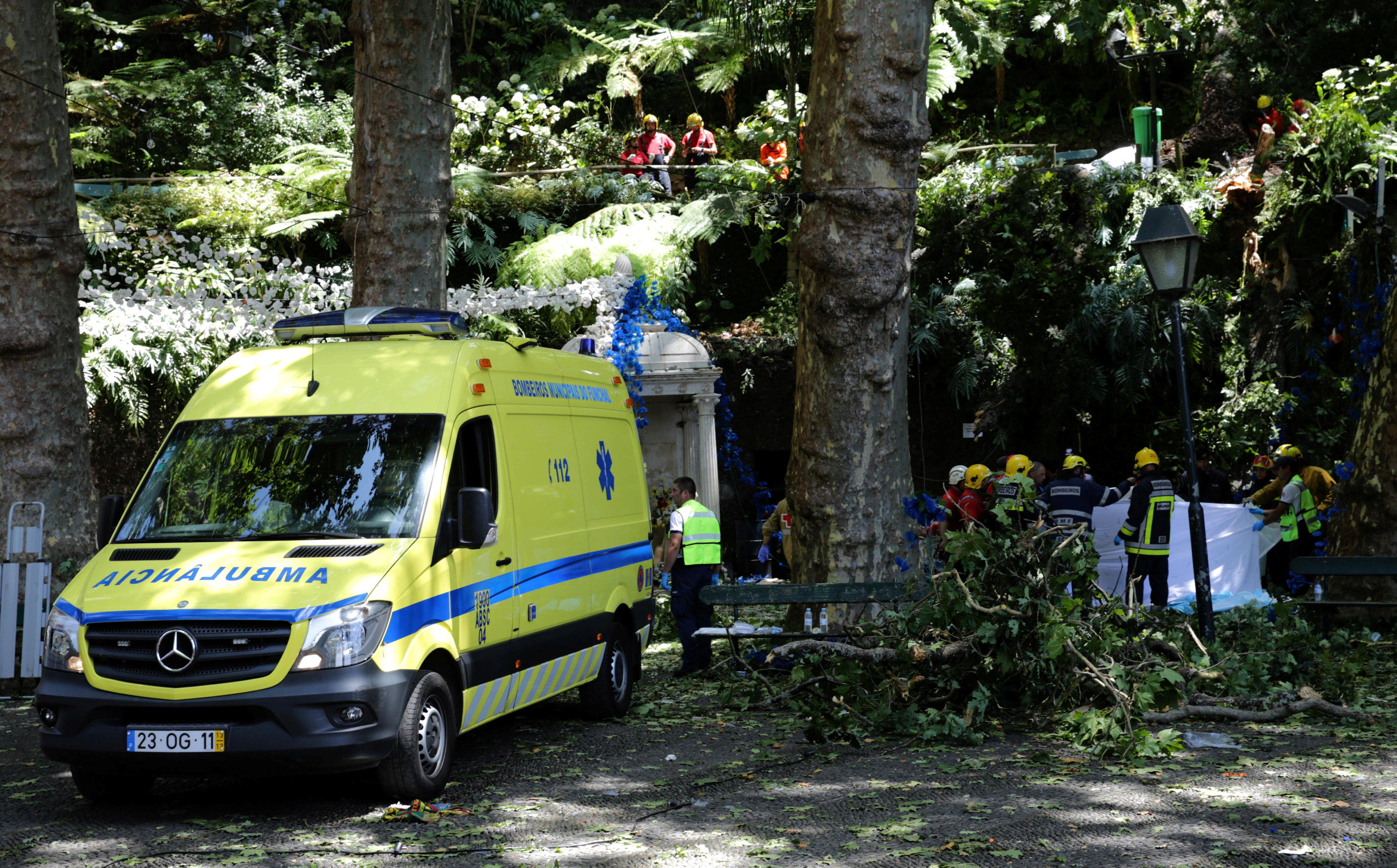 LISBON, Portugal -- Portuguese authorities said Tuesday that at least 12 people were killed when they were crushed by a falling tree on the island of Madeira.

Government official Pedro Ramos said 52 others were injured in the accident near the island capital of Funchal.

The tree fell while a large crowd was gathered as part of a traditional religious festival. The Nossa Senhora do Monte festival is the island's biggest annual festivity.

RTP public television has shown images of emergency workers gathered under a group of tall trees near Funchal on the Atlantic island. At least two ambulances were shown pulling away from the site.

In a message posted on the president's official website, Marcelo Rebelo de Sousa expressed his condolences for the victims of the accident on the island of Madeira.

De Sousa said: "I will go to Funchal today to learn more about what has happened, and, of course, to bring words of encouragement and comfort to those who have lost their loved ones."

Local media reported that the downed tree was an oak over 200 years old.

The Nossa Senhora do Monte festival is the island's biggest annual festivity. Held on Aug. 14-15, it draws large crowds to a church in the outskirts of the city.