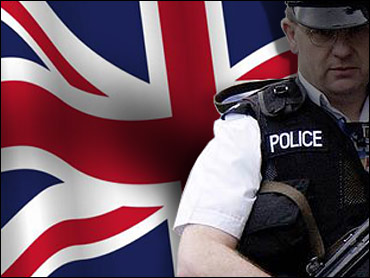 But the reports, which quoted unidentified sources, did not say when or where the plots were uncovered, or how close they came to being carried out.

The plans to crash planes into the two high-profile targets were among four or five attacks planned by terrorists linked to Osama bin Laden's al Qaeda network that security chiefs believe they prevented, ITV News said Monday night and the Daily Mail newspaper reported in its Tuesday editions.

The ITV and Daily Mail reports came one day before Blair's government planned to outline its legislative program for the coming year. The reports also came one day ahead of Queen Elizabeth's traditional speech to parliament outlining the labor government's program prior to next year's election.

As CBS News Correspondent Tom Fenton reports, at the top of the agenda will be laws authorizing phone taps and special courts without juries to deal with terrorism.

Asked over the weekend on TV whether Blair's government was "dabbling in the politics of fear," Home Secretary David Blunkett defended his approach.

"I am trying to overcome fears, acknowledging them. Understanding people's worries and then dealing with those worries is not to exacerbate, not to enhance, but actually to lay aside those fears," he said.

Still, some observers questioned the timing of the reports.

"With the general election approaching, with major election changes being announced today in the queen's speech, it's perhaps not surprising that at exactly the same time we've seen, albeit without any supporting evidence, announcements of major terrorist plots foiled," said Charles Shoebridge, a former anti-terrorism officer.

"Whether or not the timing of these reports is deliberate, the fact is that Britain is America's closest ally in Iraq and is, without doubt, a prime target for the worldwide network of Islamic terrorists," reports Fenton.

The Home Office and Britain's MI5 domestic security service are responsible for protecting the country against terrorist attacks.

Heathrow is one of the world's busiest airports. Canary Wharf, on the River Thames in east London, is the second-largest financial district in the capital and its three skyscrapers are home to companies such as Citibank and HSBC bank.

A year and a half ago, Blair was accused of alarmism when British troops in armored vehicles surrounded Heathrow Airport. Blair's government insisted that the dramatic action came in response to specific intelligence.

On Nov. 8, the head of the MI5, Eliza Manningham-Buller, said that counterterrorism efforts have helped to prevent attacks in Britain since the Sept. 11, 2001, attacks in the United States. She provided no details about such operations, but she said that Britons face a "serious and sustained threat" of terror attacks at home and abroad.

Sir John Stevens, the commissioner of the Metropolitan Police, recently complained that he was not able to publicly discuss anti-terror successes for security reasons.