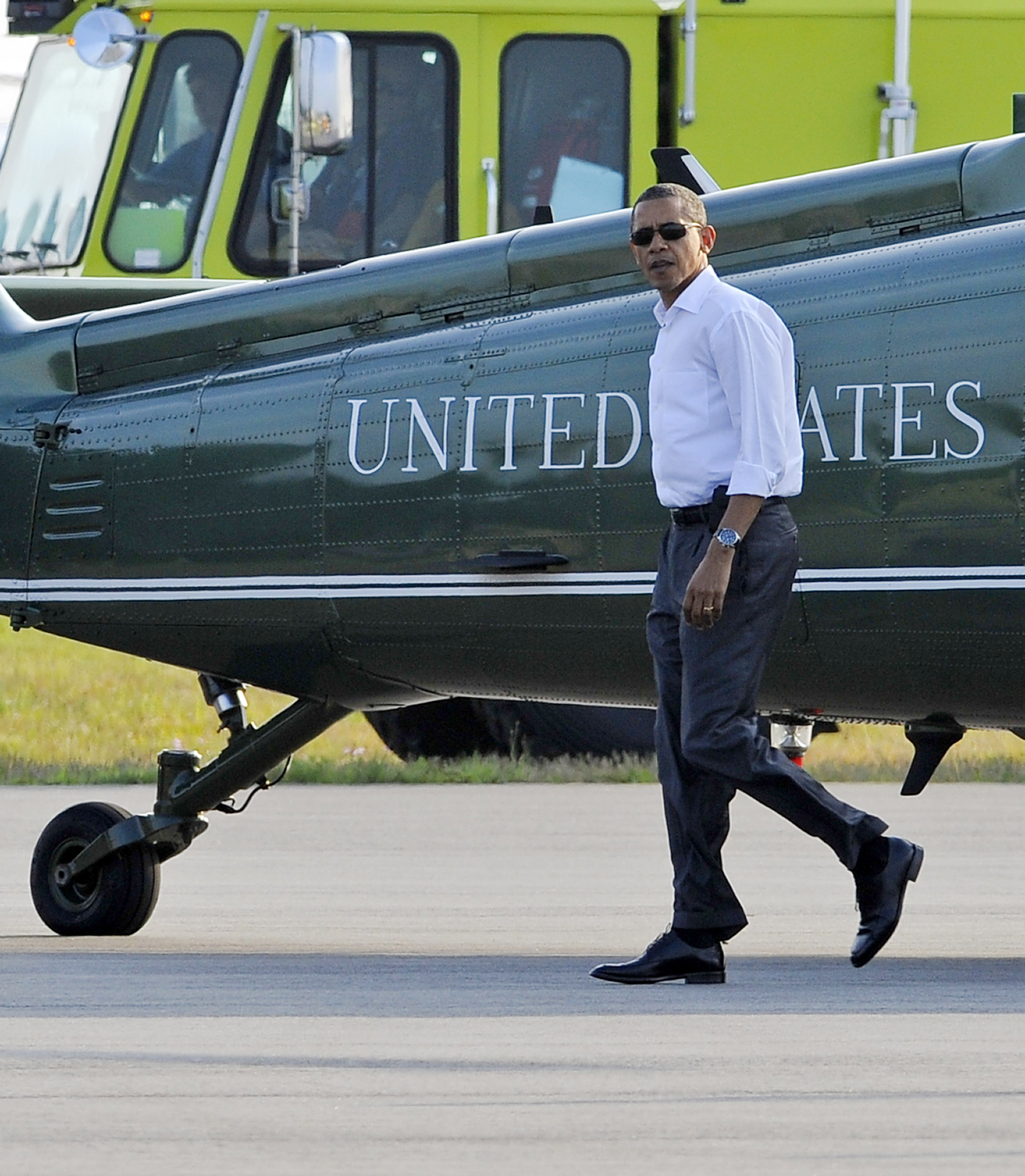 Of all the numbers in my files on presidential activities, none generates more controversy than "vacations."

It's also the data I'm asked for more than any other aspect of the presidency. Not pardons, foreign trips, number of speeches, news conferences or visits to Michigan. It's "vacations."

Especially at this time of year, fellow reporters and others want to know: How much "vacation" has the president taken since taking office? How does it compare with his predecessors? Do you count his Camp David visits?

As of today, here are the answers to those questions.

I deliberately put quotation marks on the word "vacation" as recognition that a modern U.S. president is never really on "vacation," not the way most people understand the word.

At left, a view of where President Obama and his family are staying in Martha's Vineyard, called Blue Heron Farm.

There's no denying that the burdens and responsibilities of the office go with him wherever he is - even on "vacation."

But presidents draw plenty of criticism for the privilege. President Ronald Reagan was often castigated by his critics for all the time he spent at his California ranch. He made 43 visits to his ranch as president, totaling all or part of 349 days - 2 weeks and 2 days short of a year.

President George W. Bush was constantly slammed for the time he spent at his Texas ranch. By my count, he made 77 visits to his 1600 acres in Crawford, totaling 490 days: well over a year.

Sarah Palin: Obama will come back early from vacation

In a book, author Vincent Bugliosi used my "vacation" numbers to support his contention that President Bush "could not care less about the human suffering and carnage going on in Iraq, or anywhere."

It's an unfair claim, since presidential "vacations" have more to do with a change of venue than a getaway from the duties of office. Presidents can do things on "vacation" they can't do at the White House, but they remain on-duty 24/7.

There have been plenty of occasions when urgent business has intruded on presidents on "vacation."

Information obtained from his presidential library shows FDR went on a 7 day fishing trip to Birch Island in Ontario, Canada, in August of 1943. And since it was during the war, the entire trip was wrapped in secrecy.

Hard to imagine an American president taking a secret "vacation," much less leaving the country to do it. Imagine the political uproar if he did.