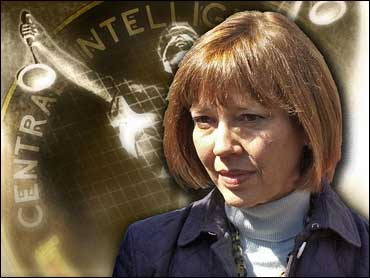 After nearly three months behind bars, New York Times reporter Judith Miller was released Thursday after agreeing to testify in the investigation into the disclosure of the identity of a covert CIA officer.

Miller left the federal detention center in Alexandria, Va., after reaching an agreement with Special Counsel Patrick Fitzgerald. She will appear before a grand jury investigation the case Friday morning.

"My source has now voluntarily and personally released me from my promise of confidentiality regarding our conversations," Miller said in a statement.

"I went to jail to preserve the time-honored principle that a journalist must respect a promise not to reveal the identity of a confidential source. I chose to take the consequences -- 85 days in prison --rather than violate that promise," Miller said.

Her statement added, "I'll say nothing more until after my testimony."

The Times, which supported her contention that her source should be protected, reported late Thursday that her source was Vice President Dick Cheney's chief of staff, I. Lewis "Scooter" Libby.

"As we have throughout this ordeal, we continue to support Judy Miller in the decision she has made," said Times publisher Arthur Sulzberger Jr.

"The devil is in the details of this deal. Clearly the prosecutor wanted to get Miller on the record under oath about what she knew and when she knew it. And Miller obviously wanted to get out of jail as quickly as possible having already served several months," CBS News legal analyst Andrew Cohen said.

Miller has been in custody since July 6. A federal judge ordered her jailed when she refused to testify before the grand jury investigating the alleged leak of CIA officer Valerie Plame's name by White House officials.

"Now all the pressure is on the prosecutor, who finally can focus upon who made the leak rather than upon whom the leak was made to. But I suspect even with Miller's testimony this is a tough case to bring to trial, never mind get a conviction on," Cohen said.

The disclosure of Plame's identity by syndicated columnist Robert Novak in July 2003 triggered an inquiry that has caused political damage to the Bush White House and could still result in criminal charges against government officials.

The federal grand jury delving into the matter expires Oct. 28. Miller would have been freed at that time, but prosecutors could have pursued a criminal contempt of court charge against the reporter if she continued to defy Fitzgerald.

Of the reporters swept up in Fitzgerald's investigation, Miller is the only one to go to jail. She was found in civil contempt of court.

Time reporter Matthew Cooper testified to the grand jury after his magazine surrendered his notes and e-mail detailing a conversation with presidential aide Karl Rove.

Last year, Cooper and NBC's Tim Russert answered some of the prosecutor's questions about conversations they had with Libby.

Washington Post reporter Walter Pincus also answered the prosecutor's questions about a conversation with an unidentified administration official. Under the arrangements for his testimony, Pincus did not identify the official to the investigators, who already knew the official's identity. Prosecutors also say they know the identity of Miller's source.