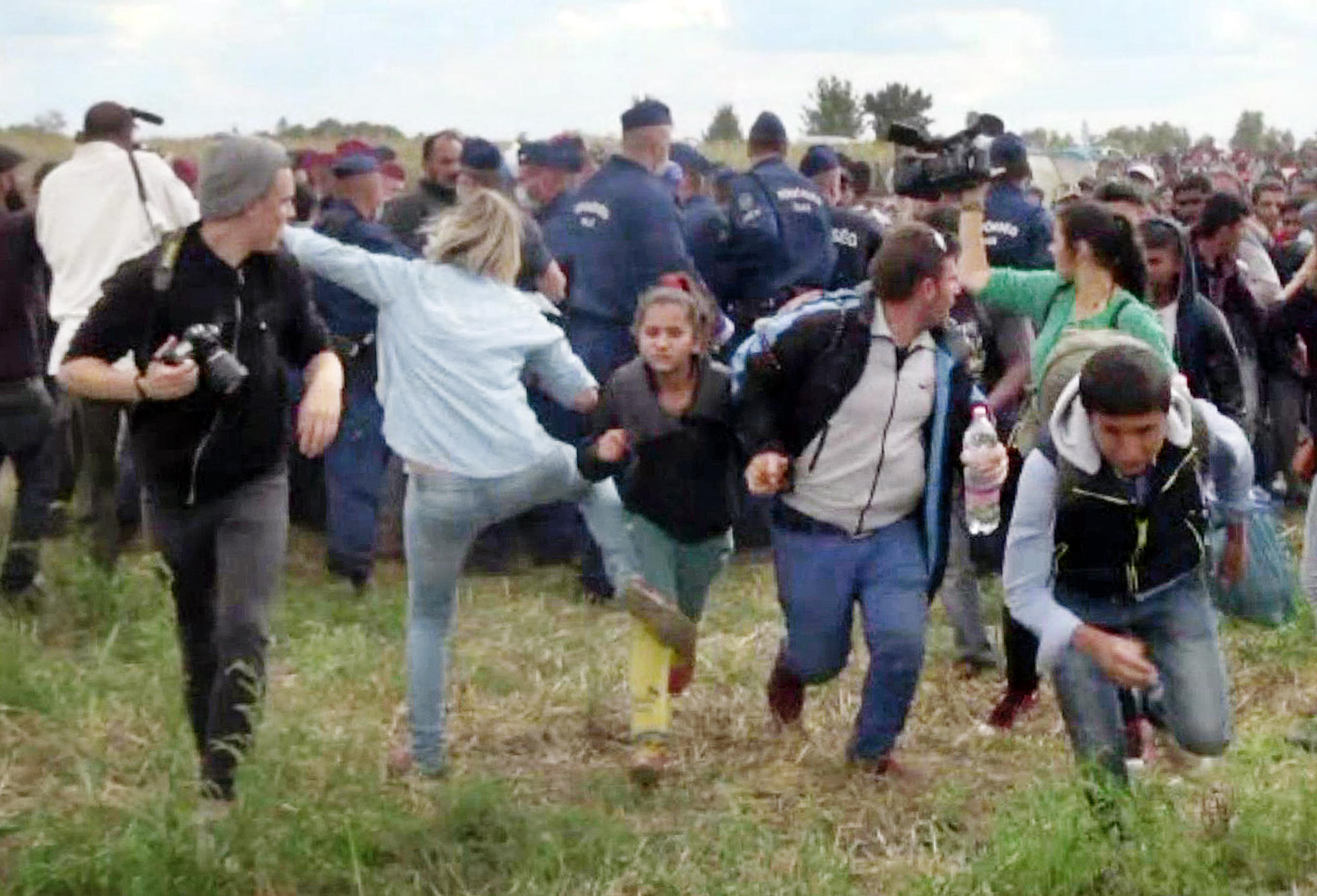 SZEGED, Hungary -- The Hungarian camerawoman who was filmed kicking and possibly tripping migrants along the country’s border with Serbia was sentenced Thursday to three years’ probation for disorderly conduct.

Petra Laszlo, who appeared in the Szeged District Court by remote video from an undisclosed location, mounted a tearful defense and said she would appeal.

The incident occurred near the border town of Roszke on Sept. 8, 2015, where Laszlo had gone to film migrants from the Middle East who were trying to pass through Hungary on their way west. While she was filming, several migrants broke through a police cordon and jostled her as they shot by.

Laszlo responded by delivering a roundhouse-style kick to two people as they fled, including a young girl. Later, she appeared to trip a migrant carrying a child.

“It was all over within two seconds,” Laszlo said. “Everybody was shouting. It was very frightening.”

Her employer, the internet-based N1 TV, fired her after the incident, she said.

The court reached its verdict after watching a frame-by-frame examination of Laszlo’s actions during the melee.

Laszlo did not appear in person because she had received death threats, her attorney, Ferenc Sipos, told The Associated Press. She hopes to be vindicated on appeal, he said.

“It is not a crime if somebody acts to defend herself ... she was in danger, and she tried to avert this danger with her actions,” he said.

Nearly 400,000 migrants and refugees passed through Hungary in 2015. The flow slowed to a trickle after Prime Minister Viktor Orban ordered razor-wire fences built along Hungary’s southern border and beefed up laws to prevent illegal border crossings.