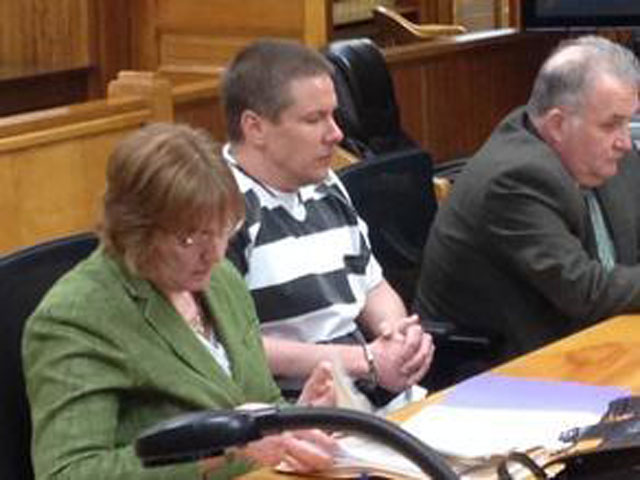 DILLON, Mont. - A Washington state man pleaded guilty in a Dillon, Mont. court Tuesday to killing his 3-year-old son, reports CBS affiliate KPAX. The boy's body was found July 9 near Anaconda, Mont., more than 600 miles away from his home in Lacey, Wash.

Jeremy Brent Cramer, 38, pleaded guilty to deliberate homicide in the death of his son, Broderick Daniel Cramer, reports the station. He had initially pleaded not guilty.

"My son is no longer here, I just want to get this over," Cramer reportedly said in court.

The boy, known as Brody, was days shy of his fourth birthday. Investigators determined the cause of death was homicidal violence with blunt force and sharp force trauma, reports the station.

Cramer is accused of taking the boy on July 8  from his home in Washington, where he lived with his mother.  Cramer also lived in Lacey. Later that night, officers were reportedly called to a gas station in Montana - more than 600 miles away - after someone saw Cramer allegedly washing blood off his clothing.

Officers discovered his truck with an empty child seat inside, and later discovered Brody Cramer’s body. Investigators uncovered a fixed blade knife and a large rock with blood and hair on it at the scene, reports KPAX.

According to court documents, Cramer is a previous methamphetamine user, and an empty prescription container for a generic substitute for Adderall was found in his possession. Cramer's brother told police Jeremy Cramer was a former methamphetamine addict who had been "doctor shopping" for a physician who would provide him with Adderall.

Charging documents allege Cramer admitted to killing the child in a recorded phone call to his father from the Anaconda jail, reports the station.