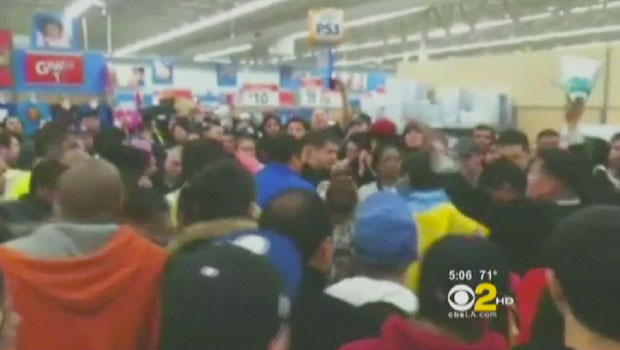 (CBS) LOS ANGELES - A woman believed to have used pepper spray on shoppers Friday at a Los Angeles Walmart super store has reportedly turned herself into authorities.

Police confirmed to CBS Los Angeles that a woman turned herself into officers at the LAPD's Devonshire Station on Friday night.

Following her surrender, the woman was questioned and released pending further investigation.

The incident, which left nearly 20 shoppers with minor injuries, occurred about 10:20 p.m. Thursday shortly after an Xbox display was unveiled at the store.

Cell phone video obtained by CBS Los Angeles shows the chaos that ensued after the suspect fired pepper spray at the shoppers.

The victims, who mostly complained of stinging in their eyes, were treated at the scene.

"It was a burning feeling in my throat for me. There was a lot of people who got it in their eyes. They were burning, they were screaming, crying," shopper Juan Castro told the station.

A Walmart spokesman says they had more than adequate security. In a statement released, the company says: "It was an unfortunate situation but we're glad everyone is okay. We're working with law enforcement to provide security video and information."