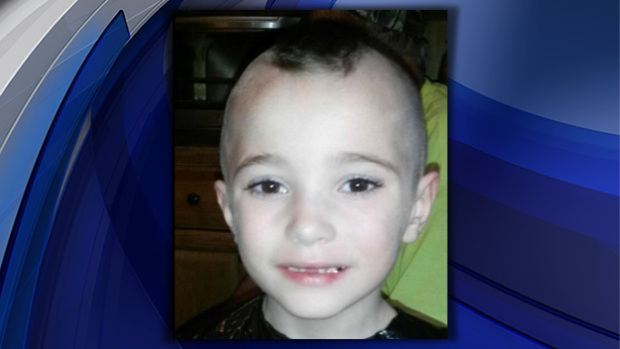 Authorities say the suspects forced their way into a Berne, N.Y. home Thursday afternoon and abducted the boy, identified as Kenneth White. Berne is about 20 miles west of Albany.

WRGB reports a 19-year-old, 3-year-old and 4-year-old were also in the home at the time of the abduction but were not harmed. The 19-year-old is reportedly the daughter of the abducted boy's guardian. Kenneth's father lives in Massachusetts and his mother lives in Amsterdam, N.Y., according to the station. Neither parent is reported to have custody of the child.

The 5-year-old is described as a white male with short, brown hair and brown eyes. He is approximately 3 feet 5 inches and weighs about 45 pounds. The child was last seen wearing jeans and a checkered white short-sleeve shirt.

One of the suspects is described as a white male, approximately 5 feet 10 inches tall and was last seen wearing black clothing, including a ski mask, black boots, and black gloves.

The second suspect is reported to have been wearing similar clothing.

Anyone with any information on the case is asked to call 911.