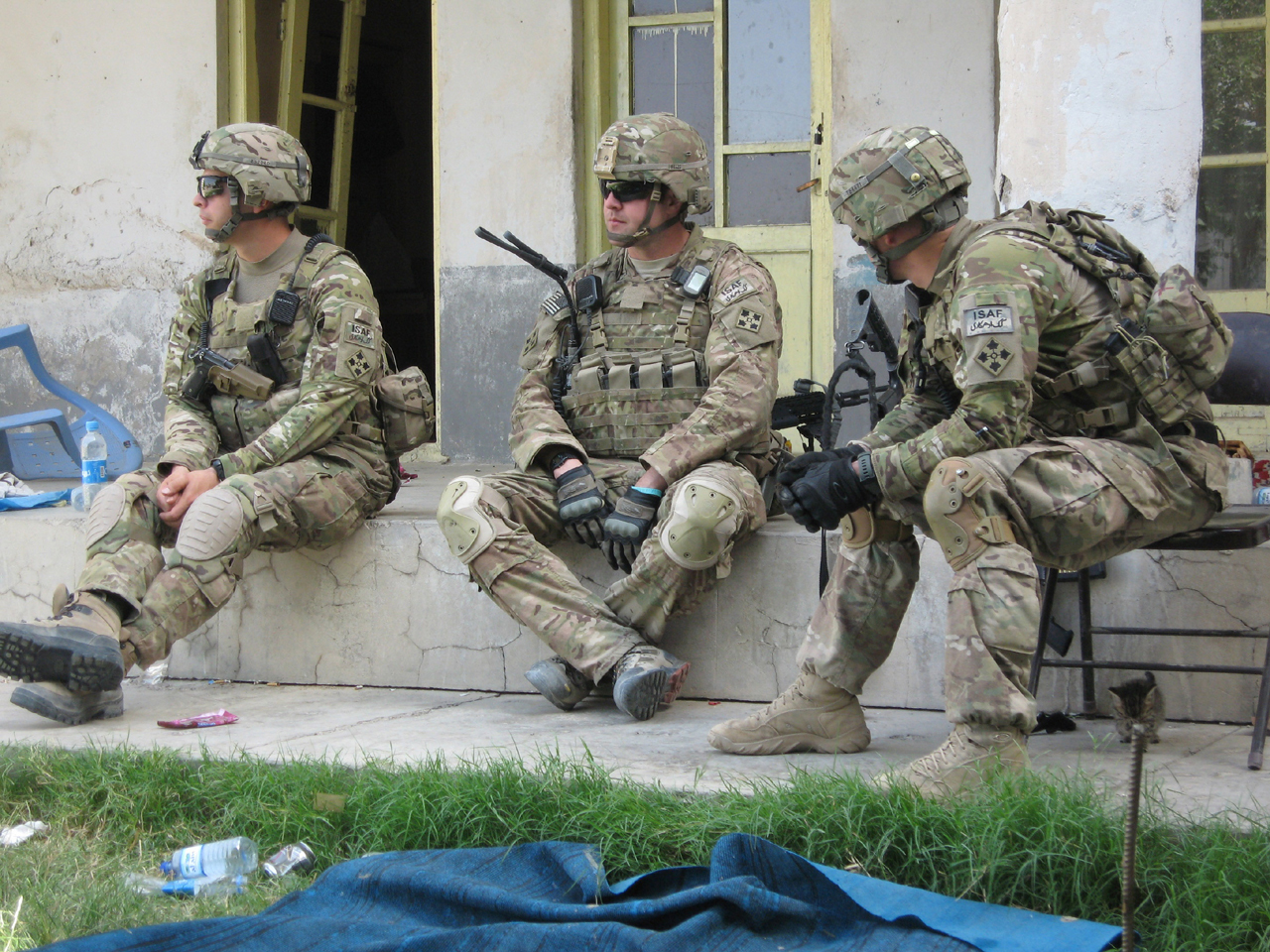 WASHINGTON - As much as $60 billion in U.S. funds has been lost to waste and fraud in Iraq and Afghanistan over the past decade through lax oversight of contractors, poor planning and corruption, an independent panel investigating U.S. wartime spending estimates.

In its final report to Congress, the Commission on Wartime Contracting said the figure could grow as U.S. support for reconstruction projects and programs wanes, leaving both countries to bear the long-term costs of sustaining the schools, medical clinics, barracks, roads and power plants already built with American tax dollars.

Much of the waste and fraud could have been avoided with better planning and more aggressive oversight, the commission said. To avoid repeating the mistakes in Iraq and Afghanistan, government agencies should overhaul the way they award and manage contracts in war zones, the commission recommended.

The Associated Press obtained a copy of the commission's 240-page report in advance of its scheduled public release on Wednesday.

Created by Congress in 2008, the eight-member commission held more than two dozen hearings, interviewed hundreds of military and civilian officials and traveled multiple times to Iraq and Afghanistan. The panel's final report is the most comprehensive examination so far of the U.S. dependence on contractors and the government's ability to manage them in combat areas.

The commission said calculating the amount lost through waste and fraud is difficult because there is no commonly accepted methodology for doing so. Using information it has gathered over the past three years, however, the commission said at least $31 billion has been lost and the total could be as high as $60 billion. The commission called the estimate "conservative."

Overall, the commission said spending on contracts and grants to support U.S. operations in Iraq and Afghanistan is expected to exceed $206 billion by the end of the 2011 budget year. Based on its investigation, the commission said contracting waste in Afghanistan ranged from 10 percent to 20 percent of the $206 billion total. Fraud during the same period ran between 5 percent and 9 percent of the total, the report said.

Styled after the Truman Committee, which examined World War II spending six decades ago, the commission was vested with broad authority to examine military support contracts, reconstruction projects and private security companies. The law creating the commission also dictated that it would cease operating at the end of September 2011, even as the U.S. operations in Iraq and Afghanistan continue to be heavily supported by contractors.

The commission cited numerous examples of waste, including a $360 million U.S.-financed agricultural development program in Afghanistan. The effort began as a $60 million project in 2009 to distribute vouchers for wheat seed and fertilizer in drought-stricken areas of northern Afghanistan. The program expanded into the south and east. Soon the U.S. was spending a $1 million a day on the program, creating an environment ripe for waste and abuse, the commission said.

"Paying villagers for what they used to do voluntarily destroyed local initiatives and diverted project goods into Pakistan for resale," the commission said.

The Afghan insurgency's second largest funding source after the illegal drug trade is the diversion of money from U.S.-backed construction projects and transportation contracts, according to the commission. But the report does not say how much money has been funneled to the insurgency. The money typically is lost when insurgents and warlords threaten Afghan subcontractors with violence unless they pay for protection, according to the report.

The Associated Press reported this month that U.S. military authorities in Kabul have estimated that $360 million in U.S. tax dollars has ended up in the hands of people the American-led coalition has spent nearly a decade battling: the Taliban, criminals and power brokers with ties to both. The military said that only a small percentage of the $360 million has been taken by the Taliban and insurgent groups. Most of the money was lost to profiteering, bribery and extortion by criminals and power brokers.

The commission said the risk of greater waste looms as U.S. military forces withdraw from Iraq and Afghanistan. New infrastructure and security forces built up with largely with American money will be left behind. Buildings, roads and barracks must be maintained. Army and police forces must be equipped, fed and paid. If the Iraqi and Afghan governments cannot afford the bills, the investment could be squandered, according to the commission.

"These enduring costs risk wasting billions of dollars of American taxpayers' money - possibly dwarfing the tens of billions in waste already incurred - if funding from the Iraqi and Afghan governments or the international donor community cannot cover them," the report said.

The commission said that in early 2010 there were more contract employees - 262,000 - supporting the departments of Defense and State and the U.S. Agency for International Development in Iraq and Afghanistan than there were military and federal civilian personnel in both countries. But there are other considerations related to what the commission called an "unhealthy over-reliance" on the private sector for combat support and reconstruction work.

Contractors are handling duties that U.S. laws and regulations require government employees to perform, the commission said. For example, agencies often hire contractors to help evaluate or support its management of other contractors. This can create serious conflicts of interests, the report said, underscoring the need for a competent and well-staffed work force of government acquisition professionals. The reliance on contractors also overwhelms the government's ability to manage them, the commission said.

"Ten years of war in Iraq and Afghanistan have seen the United States using too many contractors for too many functions with too little forethought and control," the commission said.

The heavy dependence on contractors also obscures the full human cost of war, according to the commission. Contractor deaths and injuries largely have been undercounted and unpublicized by the U.S. government and the media, the report said.

Between October 2001 and July 2011, 2,429 contractors were reported by their employers to have been killed in Iraq and Afghanistan. There were 6,131 U.S. military fatalities during the same period.