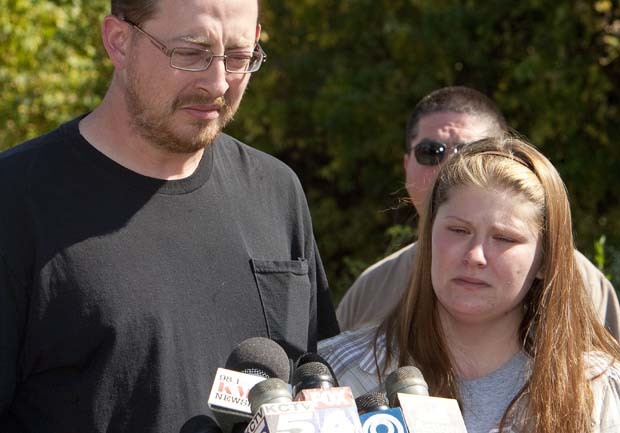 (CBS) KANSAS CITY, Mo. - The Kansas City Star reports that an unnamed source "familiar with the family's recollection of events" of the night 10-month-old Lisa Irwin disappeared has provided local media with details about what the family says happened.

According to the Kansas City Star report on Tuesday,, the source related the following timeline:

Lisa's father Jeremy Irwin came home from his day job as an electrician about 2:30 that afternoon.

About 4:30 p.m., Deborah Bradley and her brother, Phillip Netz, left the house to go a neighborhood store to buy a box of wine and baby supplies. Irwin stayed with Lisa and her half-brothers, ages 8 and 5.

About 5 p.m., Netz and Bradley returned from the store. Netz soon left. About 30 minutes later, Irwin headed to work at a Starbucks, but he did not expect the work to keep him away from home as long as it did.

Samantha Brando, a next door neighbor in her 20s, came over to the Irwin house with her 4-year-old daughter. The daughter played with Lisa's half-brothers.

Bradley put Lisa in her crib about 6:40 p.m., while Brando headed to a store to purchase liquor for herself.

Brando returned to the Irwin home about 7 p.m. and sat on the front stoop with Bradley. The two smoked cigarettes, talked and drank.

By 10:30 p.m., Bradley, who had consumed five to 10 glasses of wine, was intoxicated. She told Brando that she was going to bed. Brando left.

The boys fell asleep in bed with Bradley. The door to Lisa's bedroom already was closed to block out noise from the boys playing earlier.

Irwin finished his work at Starbucks at 3:45 a.m. and drove home.

Once home, he noticed the front door unlocked and the lights on, which was unusual. He walked to the computer room and realized the window was open. He tried to shut it but couldn't because it wouldn't work properly.

He walked to the boys' room and saw that the older boy was in his bed on the top bunk. The younger boy still    was in bed with Bradley.

The door to Lisa's room was open, but Irwin did not peek inside. He walked by and entered his bedroom.

Lisa Irwin was 10-months-old when she was reported missing on Tuesday, Oct. 4.