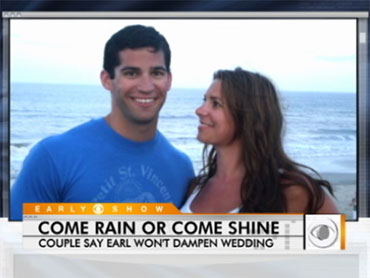 Hours after a judge ordered that Terri Schiavo wasn't to be removed from her hospice, a team of Florida law enforcement agents was en route to seize her and have her feeding tube reinserted -- but they stopped short when local police told them they would enforce the judge's order, the Miami Herald has learned.

Agents of the Florida Department of Law Enforcement told police in Pinellas Park, the small town where Schiavo lies at Hospice Woodside, that they were on the way to take her to a hospital to resume her feeding Thursday.

For a brief period, local police, who have officers around the hospice to keep protesters out, prepared for what sources called a showdown.

In the end, the state agents and the Department of Children and Families backed down, apparently concerned about confronting local police outside the hospice.

"We told them that unless they had the judge with them when they came, they were not going to get in," said a source with the local police.

"The FDLE called to say they were en route to the scene," said an official with the city police who requested anonymity. "When the Sheriff's Department, and our department, told them they could not enforce their order, they backed off."

The incident, known only to a few, underscores the intense emotion and murky legal terrain that the Schiavo case has created.

It also shows that agencies answering directly to Florida Gov. Jeb Bush had planned to use a wrinkle in state law that would have allowed them to legally get around the judge's order. The exception in the law allows public agencies to freeze a judge's order whenever an agency appeals it.

Participants in the high-stakes test of wills, who spoke with The Herald on the condition of anonymity, said they believed the standoff could ultimately have led to a constitutional crisis -- and a confrontation between dueling lawmen.

"There were two sets of law enforcement officers facing off, waiting for the other to blink," said one official with knowledge of Thursday morning's activities. In jest, one official said local police discussed "whether we had enough officers to hold off the National Guard."

"It was kind of a showdown on the part of the locals and the state police," the official said. "It was not too long after that Jeb Bush was on TV saying that, evidently, he doesn't have as much authority as people think."

The Department of Children and Families "directed no such action," agency spokeswoman Zoraya Suarez said.

The developments that set Thursday morning's events in motion began the previous afternoon, when the governor and DCF chief Lucy Hadi held an impromptu news conference to announce that they were considering sheltering Schiavo under the state's adult protection law. The department has been besieged, officials say, by thousands of calls alleging Schiavo is the victim of abuse or neglect.

Alerted by the Bush administration that Schiavo might be on her way to their facility, officials at Morton Plant Hospital went to court Wednesday, asking Florida Circuit Judge George Greer, who ordered the removal of Schiavo's feeding tube last week, what to do.

"It's an extraordinary situation," said Beth Hardy, a hospital spokeswoman. "I don't think any of us has seen anything like it. Ever."

Greer signed an order Wednesday afternoon forbidding the department from "taking possession of Theresa Marie Schiavo or removing her" from the hospice. He directed "each and every and singular sheriff of the state of Florida" to enforce his order.

But at 8:15 a.m. Thursday, DCF lawyers appealed Greer's order to judges at the 2nd District Court of Appeal in Lakeland.

That created the window of time to seize Schiavo. When DCF filed its appeal, it effectively froze the judge's Wednesday order. It took nearly three hours before the judge found out and canceled the automatic stay, shortly before 11 a.m.

Administrators of the 72-bed hospice, who have endured a withering siege of their facility by protesters since Greer ordered Schiavo's feeding tube be removed March 18, declined to discuss Thursday morning's events in any detail.

"I don't really know, or pretend to know, the specifics of what is going on behind the scenes," said Mike Bell, a spokesman for Hospice of the Florida Suncoast, which operates Woodside.

According to sources, DCF intended to take Schiavo to Morton Plant Hospital, where her feeding tube had been reinserted in 2003 following a previous judicial order allowing its removal. But hospice officials were aware that the hospital wasn't likely to perform surgery to reinsert the tube without an order from Greer.