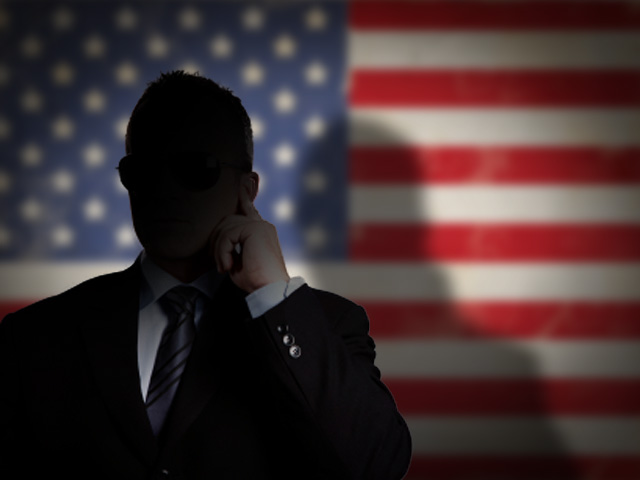 (CBS News) As the fallout continues from revelations that Secret Service agents took prostitutes back to their hotel in Cartagena, Colombia, just days ahead of President Obama's recent trip there, it appears others may have done the same with strippers in El Salvador in 2011, CBS affiliate KIRO-TV in Seattle reports.

In El Salvador, KIRO-TV reporter Chris Halsne spoke to a U.S. government subcontractor who claims to have accompanied a group of Secret Service agents to a strip club shortly before Mr. Obama's 2011 trip to the country. The subcontractor, who is not named in the KIRO-TV report, claims members of the Secret Service advance team received "sexual favors" in a VIP section of the club. Additionally, the subcontractor said at least two of the agents took escorts back to their hotel.

According to the subcontractor, an agent said they "did this all the time" and "not to worry about it."

On "CBS This Morning" Thursday, Halsne told Erica Hill and Charlie Rose that the subcontractor mentioned the agents' behavior to him last year while he was on assignment for another story in the country. Only after the Colombia scandal broke nearly two weeks ago did the subcontractor agree to talk about the 2011 trip on the record, Halsne said.

"The recent investigation in Cartagena has generated several news stories that contain allegations by mostly unnamed sources," Secret Service spokesman Edwin Donovan said in a statement. "Any information brought to our attention that can be assessed as credible will be followed up on in an appropriate manner."

CBS News is working on independently confirming details from the CBS affiliate.

On Capitol Hill Wednesday, Homeland Security Secretary Janet Napolitano, whose department is responsible for the Secret Service, told senators that the Secret Service's Office of Professional Responsibility hadn't received any complaints of instances similar to the Colombia scandal in the past two-and-a-half years.

The strip club's owner confirmed parts of the subcontractor's story to Halsne, namely that Secret Service agents and "high-ranking employees of the U.S. Embassy in San Salvador as well as visiting FBI and DEA (Drug Enforcement Administration) agents" frequented his club. The strip club owner claims, however, "he doesn't allow prostitution inside the club and that all his 'girls' are at least 18-years-old. He says the girls can do what they want after work, but he discourages them from making contact with customers at other locations," according to KIRO-TV.

CBS News has reached out to the FBI and DEA and is awaiting comment on the allegations.

CBS News correspondent Cami McCormick reports, however, that State Department spokeswoman Victoria Nuland said: "We've seen this press reporting. Obviously we will inquire of our Embassy in San Salvador with regard to the conduct of our own employees. But the article alleges that they attended the establishment not that they engaged in any illegal or un-sanctioned conduct."

In general, the State Department has a "zero tolerance" policy in regards to frequenting prostitutes, Nuland said.

"Under the Foreign Affairs Manual, members of the Foreign Service are prohibited from engaging in notoriously disgraceful conduct which includes frequenting prostitutes and engaging in public or promiscuous sexual relations or engaging in sexual activity that could open the employee up to the possibility of blackmail, coercion or improper influence. So the degree to which any employee requires investigation, that's the standard they're held to."

Halsne reportedly has names of some of the agents allegedly involved in the partying and has viewed records which add credibility to the subcontractor's eyewitness account.

The Secret Service announced late Tuesday that all 12 implicated officers in the Colombia scandal had been dealt with: eight forced out, one stripped of his security clearance and three cleared of wrongdoing, all within two weeks of the night in question.

The scandal erupted after a fight over payment between a Colombian prostitute and a Secret Service employee spilled into the hallway of the Hotel Caribe ahead of Mr. Obama's arrival at the Summit of the Americas in Cartagena. A dozen military personnel have also been implicated, and Defense Secretary Leon Panetta said they have had their security clearances suspended.

Mr. Obama said Tuesday the employees at the center of the scandal were not representative of the agency that protects his family in the glare of public life. "These guys are incredible. They protect me. They protect Michelle. They protect the girls. They protect our officials all around the world," the president said on NBC's "Late Night With Jimmy Fallon."

"A couple of knuckleheads shouldn't detract from what they do," Mr. Obama added. "What these guys were thinking, I don't know. That's why they're not there anymore."

Millennials are skipping out on travel destinations that aren’t “Instagrammable”