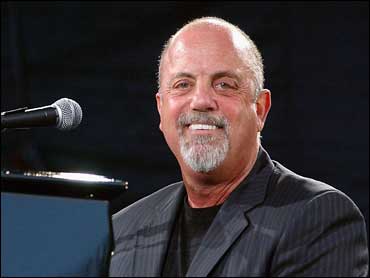 Roy Scheider says he is selling his five-bedroom oceanfront home in the Hamptons to Billy Joel for a price "close" to $18.75 million.

"I'm so happy that Billy Joel is buying it, because it's the perfect house for him," the 74-year-old actor was quoted Tuesday as telling Newsday. "He can put his piano on the second floor, overlook the beach and the farmland, and write beautiful music for all of us."

Joel's agents confirmed the deal but wouldn't say more about it, Newsday reported.

Scheider's house, which is set on an acre in scenic Sagaponack, features four fireplaces and various decks and porches. It was built for the actor and his family in 1994.

"It really was fine for its time, but the kids are grown up now," he said. "They're going away, and we're downsizing."

Scheider is waiting for completion of construction on a four-bedroom home near the village of Sag Harbor.

The actor received Oscar nominations for his roles in "The French Connection" and "All That Jazz." He starred in 1975's "Jaws," directed by Steven Spielberg.

Joel, 58, owns waterfront homes in Sag Harbor and Centre Island, a community closer to the western end of Long Island. The five-bedroom Centre Island estate, on the market for $32.5 million, has its own tennis court, wine cellar and music room, Newsday said.