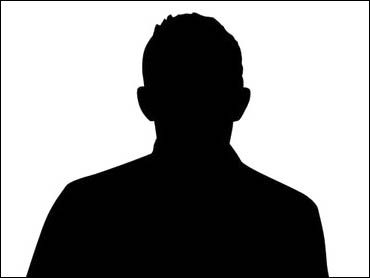 Wealthy and wise? We are healthy - moreso than 25 years ago - says a federal report.

The Centers for Disease Control and Prevention says there are fewer smokers, less high-blood pressure and lower cholesterol. But the report also says the picture's not as bright in small towns, where people tend to smoke more and die sooner than in cities and suburbs.

Rural residents also lose more teeth as they age and die sooner than suburban and many big-city counterparts, according to the government's annual snapshot of the country's health.

Researchers offered some reasons why. People who live in rural areas are not getting as much preventive care and medical treatment as other Americans. Long distances and the high rate of poverty among rural residents are two factors that make it tough to attract medical services.

"Even if they've got insurance, the biggest worry is: Do they have access to health care?" said Mary Wakefield, a rural health policy expert at George Mason University in Fairfax, Va.

For instance, heart attack victims could wait a half-hour for the nearest ambulance, and small hospitals consider closing because they cannot hire enough nurses, said Wakefield, a member of a panel that advises the government on rural health policy.

Health and Human Services Secretary Tommy Thompson said "geography alone does not determine health status." But he said the report helps policy-makers "understand where the most rural and urban communities can target public health efforts to close the gaps."

Urban areas are considered large cities with more than 1 million people; suburbs are larger towns on the fringes of the counties that have the largest cities. The most rural areas are defined as counties without cities, and most are largely unincorporated areas with fewer than 10,000 people.

The report this year offers a different look at the nation's health: by community size. The government used a range of the most recent health statistics available. Suburban residents, by more than a dozen measures, are the healthiest Americans. In some cases, even when income is accounted for, the suburbs are the healthiest places to live.

Americans in big cities are more likely to die violently and go untreated for substance abuse. Like those in rural areas, urban dwellers are less likely than suburban residents to have health insurance.

10.6 percent of the wealthiest residents in rural areas and 10 percent of urban residents lacked health insurance in 1997 and 1998, compared with about 6.6 percent of suburbanites.

18.9 percent of children age 12 to 17 in the most rural areas were regular smokers in 1999, compared with 11 percent in urban areas and 15.9 percent in the suburbs. Rural adults also smoked at higher rates than urban or suburban adults.

46.of men and women in the most rural areas did not exercise, play sports or pursue active hobbies in 1997 and 1998, compared with 40.9 percent of urban dwellers and 31.1 percent of suburbanites who were not fitness-minded.

The youth death rate from all causes was higher in rural areas from 1996 to 1998, as was the adult death rate.

"We've tended to hold out urban practice as the ideal," said Zellmer, who is from Eldorado, Iowa, population 100. "I think we can do a lot more to build the credibility of rural practice."

Experts did not find the lack of exercise and healthy habits any more surprising than the lack of insurance or the dearth of dentists.

In rural areas, health clubs, bike trails and other sources of recreation are often too far away, as are anti-smoking and diet programs.

"We think about this bucolic setting, but it doesn't necessarily lend itself to a lot of physical activity. The distance can preclude that," Wakefield said.

Work, too, has changed.

"My grandfather farmed with hand tools and lived to be 90, eating a high-fat diet. My uncle generally farmed with tractors and didn't make it to 70, and he probably had a better diet," Zellmer said.