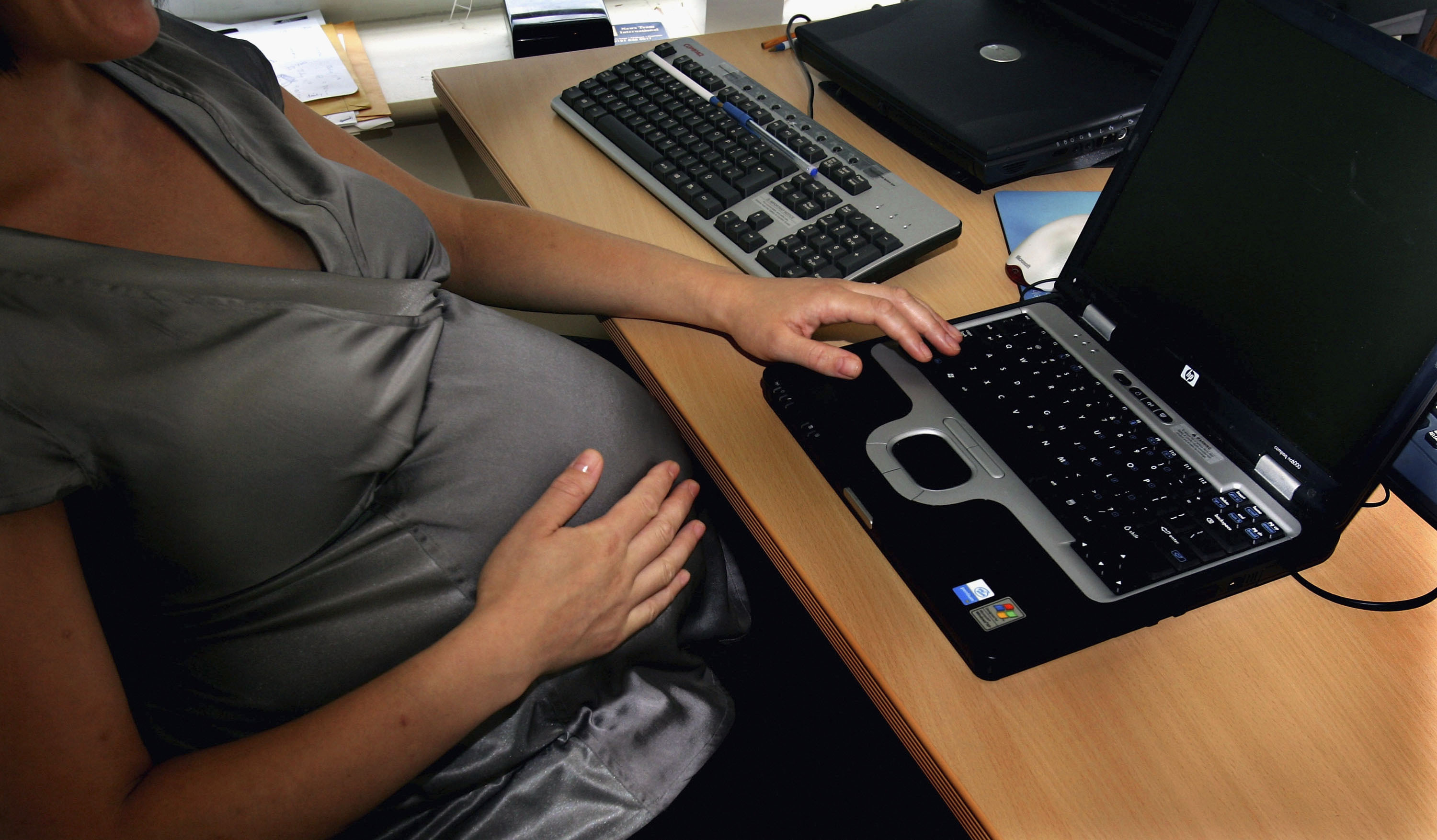 Pregnant women, especially those in low-wage jobs, are denied basic accommodations and routinely fired, according to a new report released Tuesday.

Employers continue to refuse to provide pregnant workers accommodations that they routinely give employees with disabilities - despite federal laws designed to prevent such discrimination, the report by the National Women's Law Center and A Better Balance says.

Emily Martin, vice president and lawyer for the center, said that low-wage earners can be particularly vulnerable because they are more likely to have more physically demanding jobs - and less obliging employers.

"If you're a cashier and on your feet eight or ten hours a day, you might need an accommodation," Martin said. "But there is often a culture that is hostile to employee flexibility."

The report cites numerous cases - many taken to court - in which pregnant women in low-wage jobs lost their income, insurance and sometimes their job when they were denied temporary accommodations. Among the examples cited:

There are three federal laws that promise, in theory at least, protections for pregnant workers - the Pregnancy Discrimination Act, the Americans with Disabilities Act and the Family and Medical Leave Act. The ADA was amended in 2008 to cover temporary impairments that would include health issues arising from pregnancy, such as severe nausea and hypertension.

But Martin said the courts are misinterpreting the laws on the books - or ignoring them altogether. Some employees think the ADA is not relevant because it's a pregnancy-neutral rule, she said. Meanwhile, some workers are being forced by employers to deplete their leave under FMLA while they are pregnant, not after giving birth.

Accordingly, the report is pushing for passage of new federal legislation. The Pregnant Workers Fairness Act (introduced in Congress in 2012 and reintroduced this year) "would provide a clear and unambiguous rule requiring employers to provide reasonable accommodations to pregnant workers who need them," the NWLC report says.

Since the federal laws are either being misinterpreted or not applied at all, the report says that state legislation can provide additional protection for pregnant workers. However, only eight states have laws that specifically provide accommodations to pregnant workers.

Martin points out that California, which has perhaps the broadest legal protections for pregnant workers, has seen its pregnancy discrimination lawsuits decline over the past decade. By contrast, she said, such suits have increased nationwide.

"When you have a clear rule on the books," she said, "it helps resolves problems and people don't have to go to court and thrash them out."

Advocates in New York are currently pushing for passage of the Women's Equality Act, which includes a provision that guarantees accommodations for health conditions related to pregnancy.

But Martin said the solution may not be more legislation but clearer guidance and enforcement. To that end, the report urged the Equal Employment Opportunity Commission to lead the charge. "The current law must be enforced," she said. "The EEOC is key to help the courts apply law."

In December, the EEOC identified "accommodating pregnancy-related limitations" under federal laws as a national enforcement priority. Leslie Silverman, a Washington, D.C. attorney who served as the Vice Chair of the EEOC until 2008, said the agency started to see an increase in pregnancy discrimination cases when she was there.

"This is an issue that's not going away, an issue whose time has come," she said. "This is a generation of women who aren't going to stand for that."