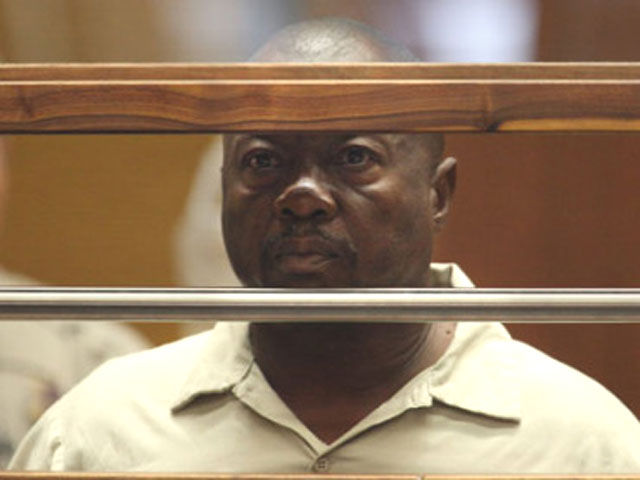 (AP/KCBS) LOS ANGELES - Police announced this weekend that they believe the man accused of being the "Grim Sleeper" serial killer was responsible for six more murders than the 10 he is currently charged with, reports the Los Angeles Times.

Lonnie Franklin, Jr., has pleaded not guilty to 10 murders and one count of attempted murder. Most of the victims were found in alleyways within a few miles of Franklin's home in Los Angeles. The victims were shot, strangled or both; some were sexually assaulted.

Franklin, a mechanic, was arrested in July 2010.

The killings got their name because of what authorities believed was a long gap between some of the deaths, which began in the 1980s and extended into the 2000s. Police now believe there was never a break in the killings.

The LA Times reported that three of the additional deaths were linked to Franklin through DNA or ballistic evidence and the other three were based more on circumstantial evidence, including detectives finding their belongings in Franklin's home.

The newspaper reported that police will not immediately seek additional charges in the other killings because they don't want to complicate the case against Franklin as it moves toward trial.