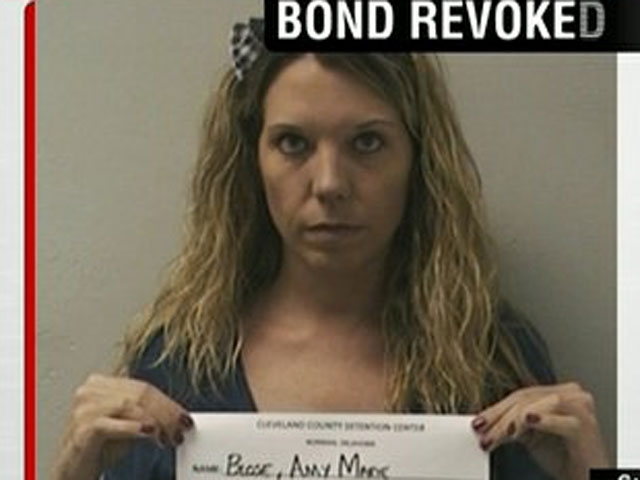 (CBS/AP) NORMAN, Okla. - Love can take many forms... but a breakfast burrito?

Oklahoma woman Amy Blose was already accused of sexually assaulting a 13-year-old boy when she reportedly tried to contact him again, with a love note tucked inside the wrapper of a burrito.

For that apparently distasteful display, Blose finds herself back behind bars, according to RadarOnline.

On Friday, a judge revoked the bond of the 37-year-old former nurse.

Blose had been free on $20,000 bond pending trial with the condition that she not have contact with children.

Blose is charged with eight counts of rape. Prosecutors say the alleged offenses occurred between Jan. 1, 2010, and Jan. 5, 2011.

Court papers show that police were called on Jan. 5 by an adult who saw the alleged victim getting into a car with Blose. The boy's parents told police they were concerned he was involved in an inappropriate relationship.

Police interviewed the boy and other children, and issued an arrest warrant on April 4. Blose turned herself in the same day.

Several mothers acquainted with the victim were at Friday's hearing, including Angela George, who said children who knew the former hospital nurse are upset by the ordeal.

Blose has a preliminary hearing set for Nov. 10.