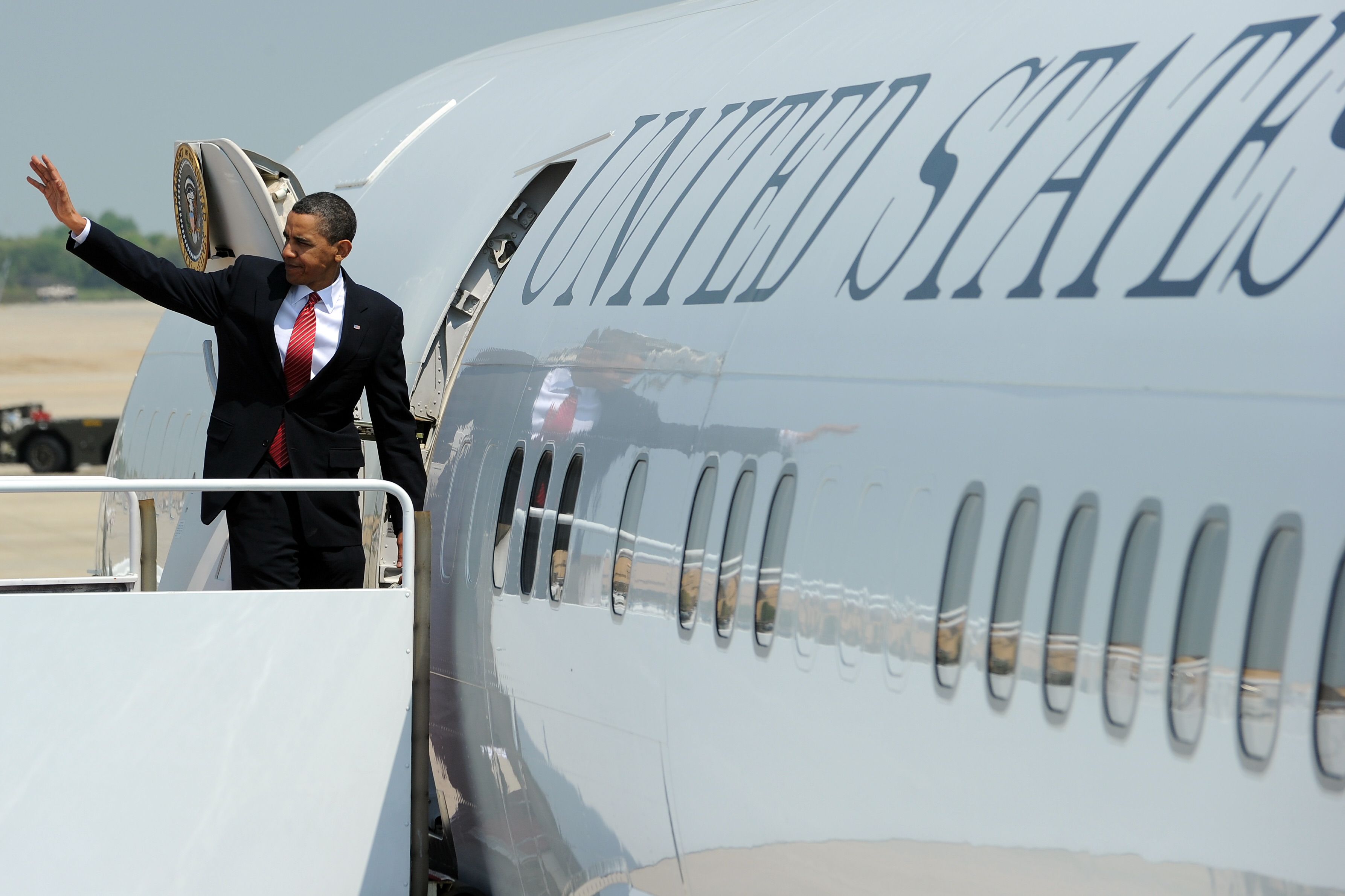 A presidential trip to Africa this month could cost the government anywhere from $60 to $100 million dollars, according to the Washington Post, which obtained an internal planning document for the travel itinerary.

At the end of June, Mr. Obama and his family will take an eight-day trip to sub-Saharan Africa, making stops in Senegal, Tanzania, and South Africa in the name of reinforcing U.S. commitment to forging strong relationships with emerging democracies in the region. The president will hold meetings with "a wide array of leaders from government, business, and civil society, including youth," according to a White House press release announcing the trip, and seek to "underscore the [his administration's] commitment to broadening and deepening cooperation between the United States and the people of sub-Saharan Africa to advance regional and global peace and prosperity."

Presidential trips to foreign countries tend to be expensive in any administration: According to the Post, former President Bill Clinton's 1998 trip to Africa racked up a bill of at least $42.7 million, not including what were likely significant Secret Service costs. For his part, former President George W. Bush and his wife, Laura, took two trips to Africa in 2003 and 2008, involving significant resources as well. But the also paper reports that, due to "a confluence of factors," Mr. Obama's three-country trip could be "one of the most expensive" of his presidency.

"Obama's trip could cost the federal government $60 million to $100 million based on the costs of similar African trips in recent years, according to one person familiar with the journey, who was not authorized to speak for attribution," according to the Post. The paper said that it received the internal planning document from a "person who is concerned about the amount of resources necessary for the trip."

According to the Post, the expenses listed on the document include:

"Hundreds of U.S. Secret Service agents will be dispatched to secure facilities in Senegal, South Africa and Tanzania. A Navy aircraft carrier or amphibious ship, with a fully staffed medical trauma center, will be stationed offshore in case of an emergency.

Military cargo planes will airlift in 56 support vehicles, including 14 limousines and three trucks loaded with sheets of bulletproof glass to cover the windows of the hotels where the first family will stay. Fighter jets will fly in shifts, giving 24-hour coverage over the president's airspace, so they can intervene quickly if an errant plane gets too close."

Other sources of expense include the use of 56 vehicles and hundreds of Secret Service agents, according to the Post. The document, however, did not note specific prices.

Mr. Obama and first lady Michelle Obama had reportedly been planning to go on a safari in Tanzania, but the Post says that trip was canceled after reporters inquired into the cost and purpose of the trip.

At a press briefing on Friday, White House spokesman Ben Rhodes defended the trip, noting that "we have not traveled to Africa in the same way that we've traveled to other regions in the world" and that "Africa's a critically important region of the world."

"We have huge interests there... So for the United States to say, 'We're a world leader except in this continent' doesn't make any sense," Rhodes told reporters. "From a foreign policy perspective, in some respects, people believe this trip is overdue. And, frankly, there will be a great bang for our buck for being in Africa, because when you travel to regions like Africa that don't get a lot of presidential attention, you can have very long-standing and long-running impact from the visit."