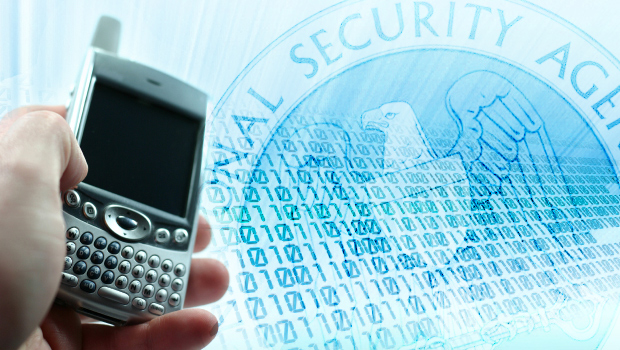 The National Security Agency collects nearly five billion records each day on the locations of cell phones outside the U.S, including information from cell phones belonging to Americans overseas, according to the Washington Post. The Post’s report is based on documents provided to the newspaper by Edward Snowden, the NSA contractor who leaked scores of classified documents about the agency before fleeing the country earlier this year.

According to the Post, the NSA is not intentionally targeting Americans’ location data; instead it’s “incidentally” gathering the location records of "tens of millions of Americans who travel abroad" annually.

A senior collection manager who spoke to the Post with the NSA’s permission said the data was gathered by tapping into the cables that connect cell networks, which service both U.S. and foreign phones. Using an analytical tool known as CO-TRAVELER, the data allows the agency to identify people who are working with known intelligence targets.

The data collected amounts up to 27 terabytes, a vast number that the Post was told is more than double the amount of the text content of all prints in the Library of Congress collection. It is so much that a May 2012 internal NSA briefing obtained by the newspaper said it was “outpacing our ability to ingest, process and store” data.

This collection occurs overseas, but the NSA has investigated the possibility of collecting U.S. cellphone locations. During a Senate hearing in October, NSA Director Keith Alexander revealed that the agency had attempted to do so during a 2010-2011 pilot project, but the sample data collected wasn’t analyzed for intelligence because it had no “operational value,” he said.

Lawmakers who work extensively on privacy issues have expressed concern that the NSA might be collecting location data. Democratic Sens. Ron Wyden of Oregon, Mark Udall of Colorado and Barbara Mikulski of Maryland introduced an amendment to the 2014 defense authorization bill – which is still pending before the Senate – that would require agencies to disclose the history of or intention to collect location data on people who have no known connection to suspicious activities.