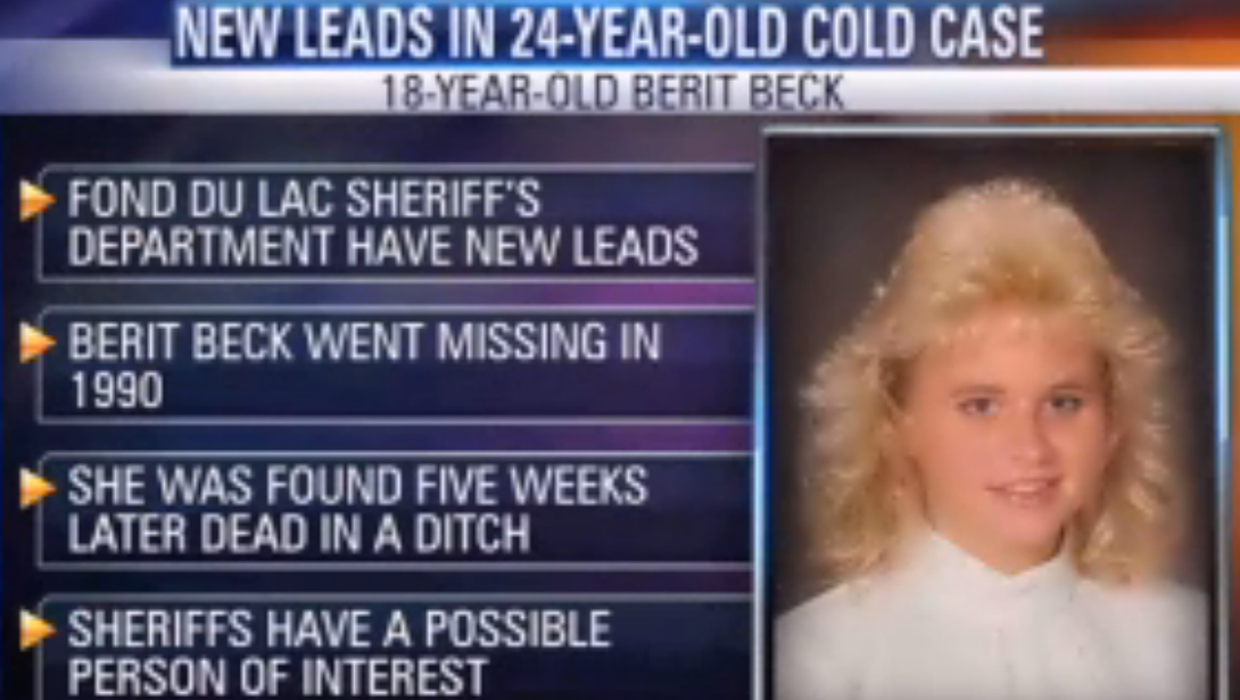 The eighteen-year-old Beck, of Sturtevant, disappeared in Fond du Lac, about 70 miles north of Milwaukee, in July 1990. Authorities found her body in a ditch about a month later.

The man, a trucker, has reportedly not been charged and is not in custody, reports the Milwaukee-Wisconsin Journal Sentinel.

Fond du Lac County Sheriff Mylan Fink told reporters during a news conference Monday that no arrests are imminent but the now 60-year-old man is their prime suspect. District Attorney Eric Toney declined to comment on what evidence was discovered in the van.

"In the case, it's been a nightmare since the day it happened. This is the first time we had tangible physical evidence to put someone in the interior of that van," Fink said, reports the Journal Sentinel. "We're actively going forward. It's an ongoing and active investigation."

Five pieces of evidence in the case were re-analyzed by the Wisconsin State Crime Lab, reports the Journal Sentinel, citing an affidavit for a March 28 search warrant. Investigators reportedly asked to compare photos of the trucker's hands, one of which is deformed, to previous evidence.

The warrant was never executed, reports the paper.

Beck disappeared July 17, 1990, while she was on her way to a computer seminar in Appleton, reports the Journal Sentinel. Her van was reportedly found two days later in a Kmart parking lot in Fond du Lac, and her body was found the following month in a ditch near Waupun, reports the paper.

She had been suffocated and strangled to death.