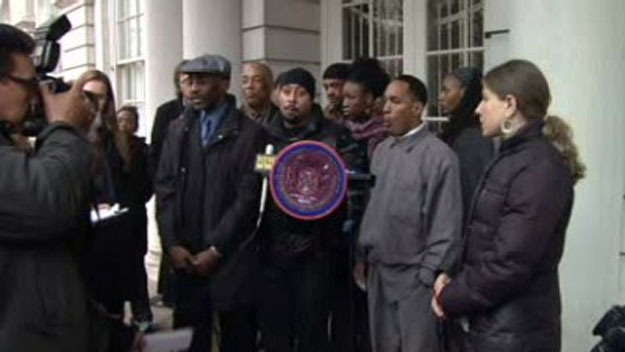 NEW YORK -- New York City has agreed to a $40 million settlement with the five men whose convictions were overturned in the rape and beating of a woman in Central Park in 1989, according to a report published Thursday.

The confidential deal was reached by the city Law Department and the five plaintiffs who sued over the wrongful convictions, according to a New York Times report. The newspaper reported the deal was disclosed by someone who was not a part in the suit, but was told about the planned settlement.

City Comptroller Scott Stringer and a federal judge must approve the settlement, the newspaper reported.

A Law Department spokeswoman declined to speak with CBS New York about the reported settlement, as did attorney Jonathan Moore, representing the Central Park 5.

Antron McCray, Kevin Richardson, Yusuf Salaam, Raymond Santana, and Korey Wise have said they were falsely accused, coerced to confess, and then convicted by juries of raping Trisha Meili, the 28-year-old Yale University alumna and Wall Street investment banker who was brutally attacked in Central Park on April 19, 1989.

The Central Park 5 were 14 to 16 years old when they were arrested. Four of the defendants spent seven years in prison, and the fifth did 13 years' time. The cases divided the city along racial lines.

The five men were exonerated in 2002 when the actual rapist in the attack came forward. The assailant was, in fact, only one person - Matias Reyes, an incarcerated serial rapist and murderer. He confessed in 2002 and DNA linked him to the rape.