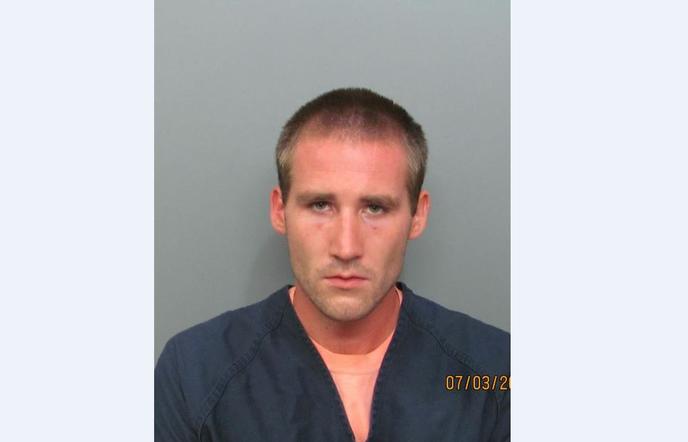 DUNSMUIR, Calif. -- The father of a missing baby who was on the run after being named a person of interest in the child's disappearance was killed in a shootout with police in Northern California Monday, CBS affiliate KHSL reports.

Siskiyou County authorities say Matthew Graham was shot and killed in Dunsmuir around 7:45 a.m. after police used a tracking device on a car he allegedly stole to locate him. They say Graham stole the car in Shasta Lake City, about 45 miles south of Dunsmuir, where he was spotted several times Sunday.

Police had been tracking Graham since Saturday after he allegedly skipped a meeting with a probation officer, stole a semiautomatic gun from his mother and fled after hearing that the search for his daughter, Ember, had turned up a possible lead.

Graham, 23, reported his daughter's disappearance from his Happy Valley home on July 2. He became a person of interest after authorities say he gave inconsistent statements to investigators.

Siskiyou County Sheriff Jon Lopey told the Redding Record Searchlight that "multiple" shots were exchanged in what he called a "chaotic" scene.

Shasta County Sheriff Tom Bosenko told the paper that a man in Shasta Lake City was carjacked, and when the victim was shown a picture of Graham, he said he believed it was the same person who stole his car.

After his daughter vanished, Graham had been booked into jail on an unrelated felony probation violation after he allegedly failed to disclose medication he took, in violation of the terms of his probation on a DUI and forgery conviction, police say. He was released and ordered to check in with his probation officer daily before he fled.

He hadn't been charged with any crime in relation to his daughter's disappearance.

Authorities say they have surveillance video of Graham taking the child to a convenience store the night of her disappearance, according to KHSL. The station reports that Graham told them he took the baby to the store and then drove the short distance back to their home, but officials say the video shows him driving in the opposite direction of the home when he left the store, and heading back towards the home about an hour later.

Officials say Graham didn't show remorse for his daughter's disappearance, didn't ask about the efforts to find her, and refused to take a lie detector test, reports the station.

Investigators have also called an abduction scenario unlikely. They say the door leading to Ember's playpen had a broken door handle mechanism and needs be opened with a screwdriver, and a potential abductor would need to know how to open the door.