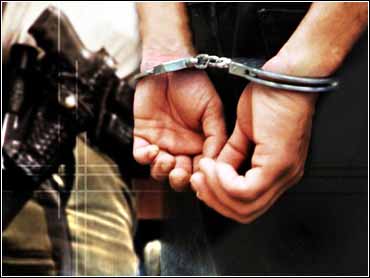 LIVONIA. Mich. - A Detroit-area soccer referee has died after being punched in the head while officiating an adult-league match, according to a hospital and a longtime friend of the victim.

Baseel Abdul-Amir Saad, 36, was arraigned Monday in Livonia District Court a charge of assault with intent to do great bodily harm. Livonia police Lt. Tom Goralski said Saad punched John Bieniewicz in the head after the referee indicated he planned to eject the Dearborn resident from a game Sunday at Mies Park.

The referee had been in critical condition after being taken to a hospital Sunday, authorities said. Detroit Receiving Hospital spokesman Alton Gunn and friend and attorney Jim Acho confirmed that Bieniewicz died Tuesday morning.

Acho said a fund is being set up to help pay for his friend's funeral and burial expenses as well as his children's futures. He said the victim was a dialysis technician at a children's hospital who lived in Westland with his wife and two sons.

Violence is far-from-uncommon in soccer and other sports, as illustrated by the recorded telephone message at the National Association of Sports Officials in Racine, Wisconsin.

"For NASO insurance or assault information, press 3," the message says.

A request for comment was left Monday for association spokesman Matt Moore.

On April 27, 2013, a then-17-year-old player punched referee Ricardo Portillo over being called for a foul during a game in a soccer game in Taylorsville, Utah, near Salt Lake City. Portillo, a father of three, died after one week in a coma.

The teen pleaded guilty to a homicide charge.

Suspect wanted in stabbing deaths of Massachusetts couple captured in Florida
Thanks for reading CBS NEWS.
Create your free account or log in
for more features.
View CBS News In
CBS News App Open
Chrome Safari Continue
Be the first to know
Get browser notifications for breaking news, live events, and exclusive reporting.