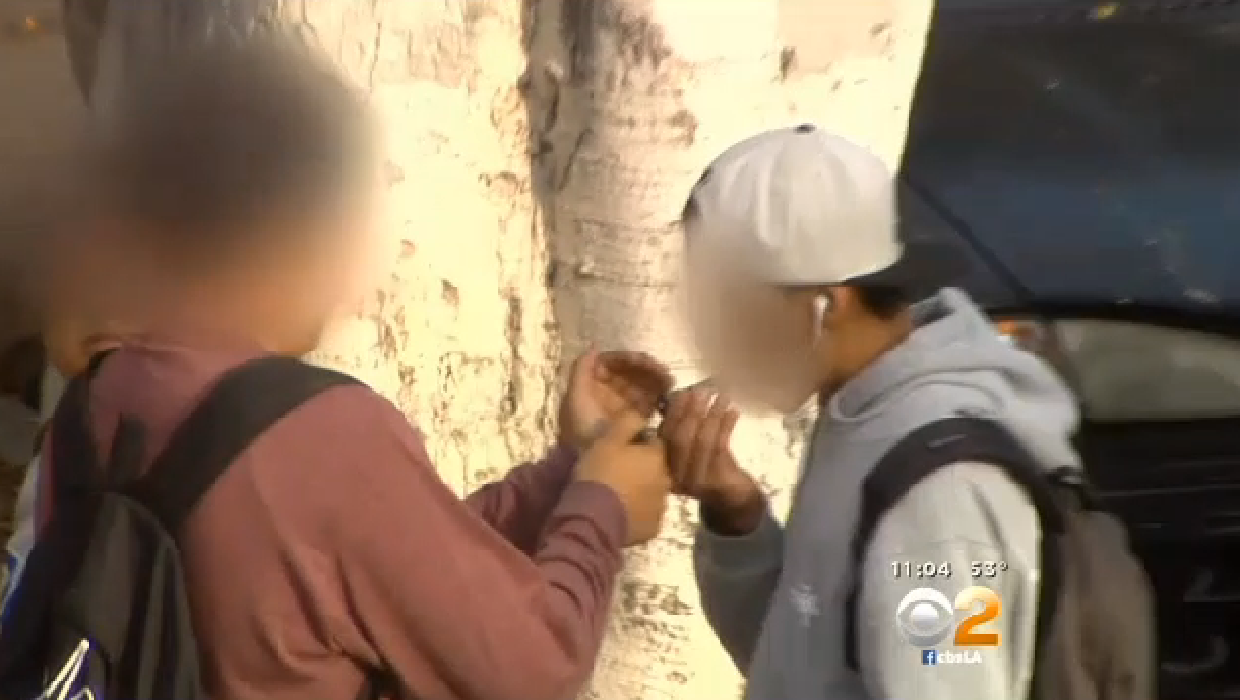 The station says it recorded many instances in which adults bought the marijuana and then quickly re-sold it to underage kids.

The students were seen, many times, smoking the pot minutes after leaving their schools.

According to the station, many of the students appeared to be under 18 - the legal age for receiving doctor's approval to buy medical marijuana in California without a parents' consent.

The station's hidden cameras caught the students paying someone else to get the marijuana for them from a nearby marijuana dispensary - Natural Remedies Caregivers.

In one instance, a group of young women was caught on video handing a man on a skateboard some money. The man then gets on the skateboard, walks into the store and a few minutes later, he comes out carrying a white bag and passes out what looks like pill jars containing marijuana to the girls on the street.

Residents said they have observed such behavior and complained to police, but nothing was done, reports the station.

"Well, it's very frustrating," said resident Dazzier Jimenez, "because you know, we have kids around the area, so they see that. It's a bad example for our youth."

City Attorney Mike Feuer, whose office oversees L.A.'s Prop D marijuana law, told the station the dispensary in question complies with all the written requirements, as far as being a safe distance from schools and parks, and therefore has not been shut down.

But after the station told Feuer what their investigation revealed, authorities reportedly got involved.

"The police conducted an investigation at the site and last evening (Tuesday) they arrested an individual, an adult for allegedly selling medical marijuana to a minor just outside the facility," Feuer said.

The manager of the dispensary also emailed CBS Los Angeles.

"We are doing everything in our power to stop the illegal patient solicitations outside of the building and to also stop second-hand transactions from happening," the manager wrote.

Residents wonder why it took so long.

"Why are there now arrests when there haven't been any in the past?," asked Dazzier Jimenez.